Greenlight delivers a 1:18 model car that makes us feel a bit wistful but keeps the memories of a great man alive. 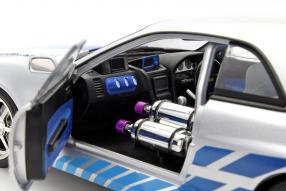 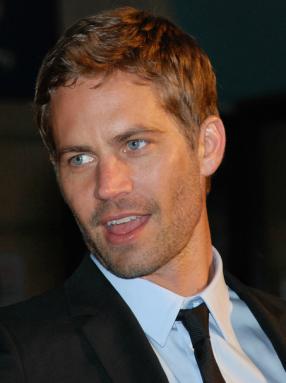 As many of you know, the 67th International Film Festival will be held in Berlin until Sunday. In addition to guest stars like Robert Pattinson, Richard Gere, Hanna Schygulla and Udo Kier, all the German stars are on site and attend the numerous events of the branch meeting. One of them will not be there anymore: Paul Walker. Born in 1963 in California, the actor came to a world premiere with the feature film series "The Fast and the Furious" and was therefore one of the regular guests of the Berlinale. We must remember him on the occasion of today's #throwbackthursday, as Greenlight gave us new models for his film car from the second film of the series "2 fast 2 furious", which debuted in 2003 on the screens.

Paul Walker and the memory

It's also a bit funny for a blogger to write about someone to whom one likes modellautos but who is no longer with us. If we publish something about a Bentley that participated in the 24 hours of Le Mans from the start of the long distance race, we know that his driver does not live anymore, but Paul Walker is one of our time, a man of ours Center. The fact that he was killed by a stupid car accident in 2013 is therefore more of a concern to us. The father of a daughter also acted as a producer behind the camera. The memories of him remain just as awake by the films, as by the modellautos. And with the Nissan Skyline GT-R of the R34 series, Greenlight gives us a particularly nice part: even including a lawn tank in the interior.

Model car is a great thing

The model car in the 1:18 scale is a great thing: on the one hand the bonnet and trunk lid can not be opened, on the other hand, the collector can however through the doors to open an insight into the interior details. The fact that such a model also does not reproach when you roll it over the desk every day comes as a supplement: zinc die casting or diecast is the material of choice here. The seats are two-color; As well as the additional instruments. The tanks in the interior shine just as chrome as the hot light-alloy rims, the look of which meets Greenlight perfectly. The fact that the contours of the model does not give rise to criticism, speaks for the clean work of Greenlight. Our conclusion: With this model, it is double the pleasure to remember Paul Walker.