12.10.2022With which car did Max Verstappen become world champion? With this!

There are many winner-modelcars of the Formula 1-season 2021. Minichamps alone has released the Red Bull RB16B of world champion Max Verstappen in numerous versions of the different races. 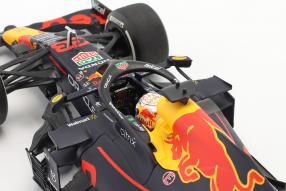 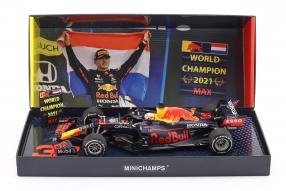 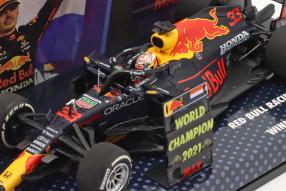 But one vehicle really stands out: The bolide from the season finale in Abu Dhabi.

It was the end of one of the most spectacular seasons in a long time. Max Verstappen had fought a bitter duel with his British opponent Lewis Hamilton in the previous 21 races. Although the Dutchman clinched significantly more victories, the two only separated by a small gap before the finale. The calculation was therefore simple: whoever wins on the Yas Marina Circuit is also world champion.

Although Verstappen was ahead in qualifying, he had to admit defeat to Hamilton shortly after the start. The Mercedes pilot had a better start and took the lead in the field. The Red Bull team did everything they could to slow down the seven-time world champion. Even Verstappen's teammate Sergio Perez came into play, who, thanks to an intentionally late pit stop, held up Lewis Hamilton and Max Verstappen was able to reduce his gap.

Despite the best efforts of the Red Bull team, Hamilton stayed ahead – at least until the last lap. Then came the incident that was to be discussed for months. Race director Michael Masi released the race after a safety car phase with one lap to go. The explosive thing here: Before the restart, Masi allowed the lapped drivers who were between Hamilton and Verstappen to overtake the safety car.

Thus, there was a showdown at eye level - with the significantly better cards for Max Verstappen. Because the Red Bull driver picked up new tires immediately beforehand and was thus able to overtake Hamilton for the first time in this race. The last lap, in which the Dutchman secured the lead and thus the title, became a viral hit.

The modelcar of the world champion is therefore also available with exclusive extras from Minichamps: In addition to the high-cover collector's outer packaging, fans can look forward to the associated pit sign with the inscription "World Champion 2021 Max". The models (each available in scale 1:18 and 1:43) are limited to 777 pieces.

[18.10.2022] 1996 as the season that made the Opel Calibra immortal in the DTM/ITC and produced Alexander Wurz as a junior driver 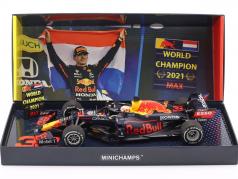 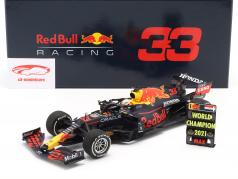 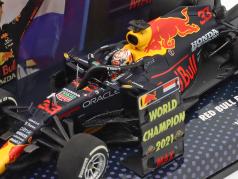 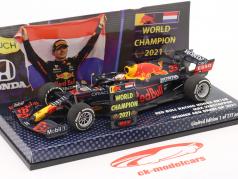