Werk83 with many touring car legends from the mid 90s. 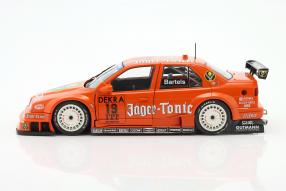 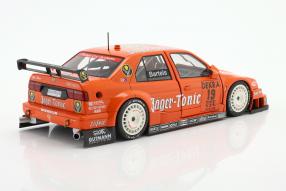 The long and quite successful history of the Alfa Romeo in the touring car segment began in 1992. At that time, Allessandro Nannini and Nicola Larini started with four-cylinder turbo engines in the Italian touring car championship and won it in the first year. In 1993, the legendary 6-cylinder engines were used in the DTM in Germany. The Werk83 label has already revived this era with a number of vehicles from different manufacturers. In today's blog post, we focus on Michael Bartels' orange Alfa 155 Turbo in the "Jäger-Tonic" design. The car, usually labeled "Jägermeister", was used in the 1995 Helsinki Thunder advertising "Jäger-Tonic". The Helsinki Thunder was a racing event held in the port area of Helsinki on a temporary racetrack. The ITC was a guest at the race, which was held from 1995 to 1997, for the first two years.

In addition to the interior, which is faithfully reproduced, the model has doors that can be opened and steerable wheels on the front axle. The Euroteam design featured in this blog post is one of the Alfa Romeo 155 V6 TI designs available from Werk83. Also available in our shop is the Alfa in the original Jägermeister design and Michele Alboreto's car in the TV feature film design by the Schübel Engineering team. From the Martini Racing Alfa Corse team, Werk83 has recreated both the number 7 car driven by Allessandro Nannini and the number 8 car driven by Nicola Larini from the 1995 DTM/ITC season. The Alfa Corse 2 “Dayco” team vehicle, piloted by Giancarlo Fisichella, is also available in our shop. Thanks to Werk83, nothing stands in the way of a DTM collection corner on a scale of 1:18.

In the first season of the DTM (1993), Alfa Romeo was able to win a total of 12 of the 20 races with the 155 V6 TI. After Alfa Romeo had outstripped the otherwise favored Mercedes in the first year by winning the DTM, Mercedes was able to live up to its original role as favorite with the new racing version of the C-Class with victories in 1994 and 1995. Nevertheless, it was drivers like Giancarlo Fisichella and Nicola Larini who were able to show again and again what the Alfas are capable of. In 1996, after a performance setback in the first half of the DTM season, which had since been merged into the International Touring Car Championship (ITC), Alfa swapped out the original engine. A 490 hp V6 was used, which accelerated the 155 to 100 kph in just 2.5 seconds. In the second half of the season, Alfa was able to regain its former strength and win 8 of the remaining 14 races. By using several vehicles, Alfa even achieved second place in the constructors' championship. Behind Opel, but ahead of competitor Mercedes. 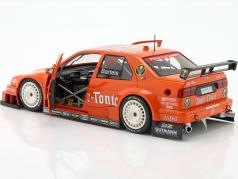 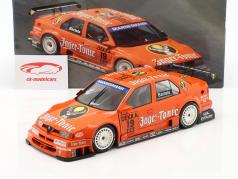 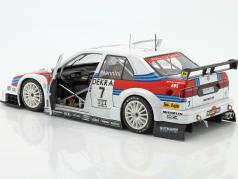 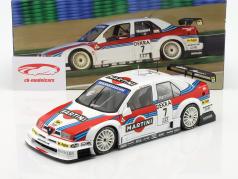 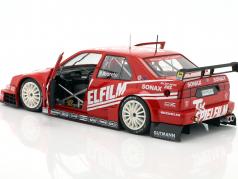 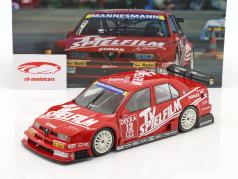 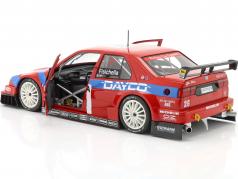 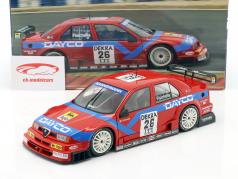 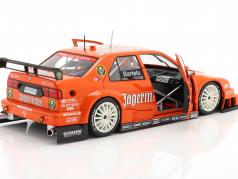 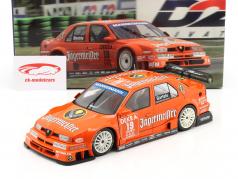