At the 2022 Le Mans 24 Hours, the time had finally come. For Michael Fassbender, the Hollywood star from Heidelberg, his long-awaited dream came true. At this year's traditional race, he himself started as a driver on the Circuit de la Sarthe. 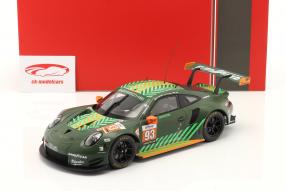 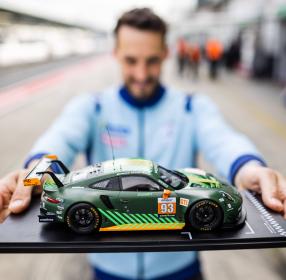 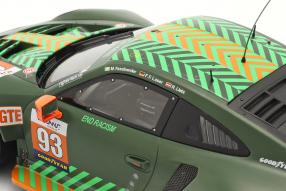 Together with the Proton Competition team and its around 500 hp Porsche 911 RSR with the starting number 93, after years of meticulous work and preparation, he managed to achieve his final goal - participation in the 24 Hours of Le Mans.

At this memorable event, Fassbender shared the cockpit with Matt Cambell from Australia and Canada's Zacharie Robichon. But one of the most important people behind this success is Felipe Fernández Laser. He is both coach and teammate of the actor and has accompanied and supported him on his way since 2018 and taught him a lot.

Laser began his driving career in 2007 in what was then the ADAC Volkswagen Polo Cup and has attracted attention in recent years as a driver in the Scuderia Cameron Glickenhaus team or with victories such as that for the Frikadelli Racing Team at the Nürburgring. The 33-year-old has been active in the European Le Mans Series since 2020 and is both driver and coach of Michael Fassbender.

As part of the 50th edition of the 24 Hour race on the Nürburgring this year, there was a small meet and greet between Felipe Laser and the ck modelcars model of the matt green 911 from the Proton Competition team. In the course of this we wanted to know: How was the time of coaching with Michael Fassbender and the way to Le Mans?

"It has always been Michael's dream to become a racing driver and for me it was very exciting to be at his side not only as a coach but also as a teammate and to teach him everything in motorsport", says Laser. “He only started at the age of 40, which of course makes it more difficult to hold your own against the youngsters who have been karting since they were children and have a lot more experience. Of course you can memorize an ideal line, but you have to be prepared for everything on the race track. We walked this path together. It's been full of ups and downs but this year it's finally here and I'm proud to have been a part of it and excited to see Michael at the 24 Hours of Le Mans.”

Fans can follow the two racing drivers' journeys to participation in the notorious 24 Hours of Le Mans in the YouTube series "Road to Le Mans", which documents the successes and setbacks in motorsport in a touchingly honest way. Right in the middle, as the secret star of the series: the green racing car with the characteristic design and the number 93.

Of course, Felipe Fernández Laser was allowed to take home the model in scale 1:18 of the Porsche 911 made especially for ck-modelcars by Ixo. "I am very grateful for that. Because nothing is nicer than being able to show my children this great model at some point and to be able to tell them about this unique story.” 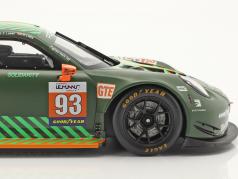 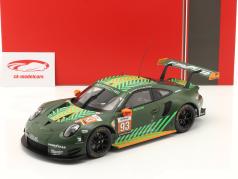