The rally year 1981 was an eventful for Walter Röhrl and his co-driver Christian Geistdörfer. In addition to starting in the German Rally Championship, participation in the World Rally Championship was planned for Mercedes. 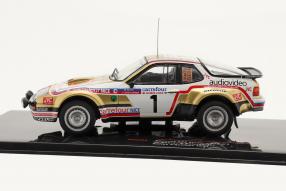 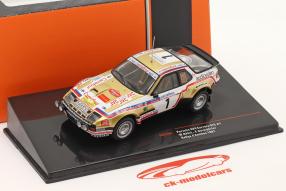 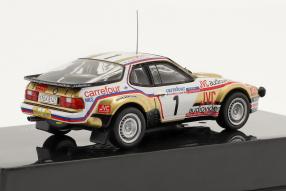 After this plan had collapsed, fellow racing driver Jürgen Barth did everything to organize Röhrl a starting place at the European Championship stage on the Côte d'Azur, the Rallye d'Antibes.

Röhrl and Geistdörfer competed in the 1981 German Rally Championship for the first and only time as a Porsche works team and won four out of six races. The 924 Carrera GTS built by engineer and test driver Roland Kussmaul in Weissach with almost 250 hp was the rally version of the pre-series 924 Carrera with 177 hp.

The special features of the rally version were its special underbody protection, the rollover device and the flow divider, which ensured optimal fuel supply at high speeds. Incidentally, this came from the V8 engine of its big brother, the Porsche 928.

The unique design of the 924 Carrera GTS, limited to a total of 50 vehicles, impresses with its idiosyncratic chassis shape, the large cooling openings in the front apron and the characteristic air scoop on the hood for the air supply of the 2-liter four-cylinder turbo engine.

Due to engine damage as a result of a gearbox problem in the otherwise always reliable 924, Walter Röhrl and Christian Geistdörfer had to admit defeat on their last works assignment for Porsche. Victory in the Rallye d'Antibes went to the Frenchman Francis Vincent and his co-driver Willy Huret in the Porsche 911 SC.

The 924 driven by World Rally Champion Walter Röhrl on the Côte d'Azur in 1981 had a new look. Deviating from the golden design of the cognac manufacturer "Monnet", which the car wore in the German Rally Championship, the look of "Carrefour" now dominated. Jürgen Barth brought the retail giant on board as the main sponsor for the Rallye d'Antibes.

Ixo has now released the model of this Porsche 924 Carrera GTS, which has only been used once, with its unique design in the usual high quality on a scale of 1:43. 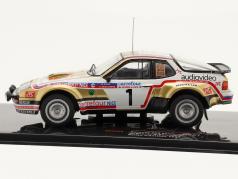 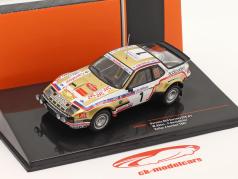