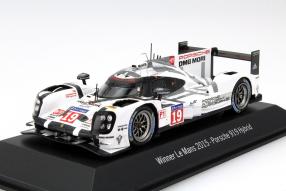 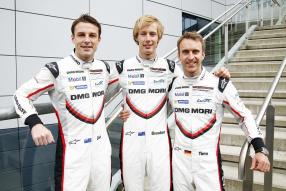 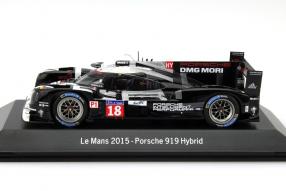 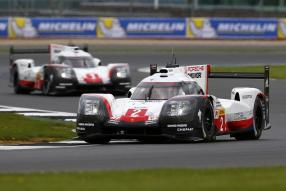 After the Formula 1, the FIA long-distance World Championship WEC will also be on the road and will compete at the six-hour race on 6 May at the Spa-Francorchamps in Belgium for a second race weekend. It is not only the second run, but is viewed by the participants of the world endurance championship as a rehearsal for the 24 hours of Le Mans. After the withdrawal from Audi, the victory hopes of the German fans will now rest on the Porsche LMP team, which will use two Porsche 919 hybrid cars in Spa and Sarthe in mid-June. At the wheel the six drivers: Reigning world champion Neel Jani (CH) starts with the number 1 and changes with André Lotterer (DE) and Nick Tandy (GB). The sister car with the starting number 2 pilot Earl Bamber (NZ), Timo Bernhard (DE) and Brendon Hartley (NZ).

For those who are on the occasion of the provisional run at Spa and next month in Le Mans with a suitable model car, we recommend the models from Spark as the model of the Porsche 919 Hybrid No. 18 of the drivers Lieb, Dumas and Jani in the 1:18 format and 1: 43, which we also still in stock as the Porsche 919 Presentation Car 2016 in the size 1:43. On this scale, we can still offer the Le Mans winning car from 2015, driven by Nico Hülkenberg, Nick Tandy and Earl Bamber. The Porsche 919 with the starting number 17, under which the drivers Bernhard, Webber and Hartley took, are in 1:43 initiate clean, on the other hand in a dirty version available. No question also: For a mood-friendly atmosphere in front of the domestic television is ensured. Click on the link here to get an overview.

After the season opener in Silverstone (GB), placing secind and third Porsche comes as leader of the manufacturer rating in the Ardennes. In the duel with Toyota Hut titleholder Porsche in Spa and Le Mans, an arrow less in the quiver, as the winning team of Silverstone is launching three prototypes. In the aerodynamic design of the 919 Hybrid, the focus remains unchanged on the preparation for the peak of the season in France. However, the package with low downforce on the lengths of full load passages in spa also has quite advantages. Securing treasure equipment, the 7.004-kilometer-long Grand Prix course waits with considerable altitude differences. The WEC field, divided into four classes, consists of prototypes and GT sports cars.

The start for the six-hour race will take place on Saturday at 2:30 pm. It is transmitted via Internet and TV practically worldwide. Let's hear, the representative of the Porsche LMP team had to say before the race in Spa. Fritz Enzinger, Head of LMP1: "The second round of the World Championship is a kind of rehearsal for the Le Mans 24-hour race in June. On the other hand, our next chance to get points for the title defense is our current one, with low downforce Le Mans-oriented aerodynamics is a big hurdle, the team has taken them very well, we are the leader in the manufacturer's world championship after Spa and we want to keep this position, Team chief Andreas Seidl points out that it is a balancing act, the right coordination of the Landing gear that fits on full throttle passes like the Extreme Curves of Spa.

Timo Bernhard (36, Germany), who remembered his idol Stefan Bellof two years ago with a helmet design: "Spa is a second home race for me after the Nürburgring, which is only 200 kilometers from my home and it is great They have a very natural and unmistakable character, and I've fallen in love with the circuit in 1998. I've fallen in love with the circuit in 1998 I've also been riding a 24-hour race in Spa ... I've often been at Spa, But I have never won a race, and I would like to change the sixth Ford 2017 in a huge field of the Formula Ford Championship. "We keep our fingers crossed!

Here: Timo Bernhard and the idea to the helmet of Stefan Bellof