Shortly before last weekend, the media made a statement that is a little ambiguous to interpret. 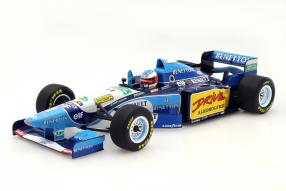 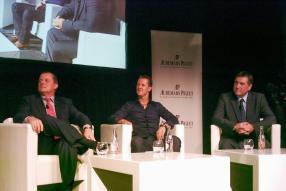 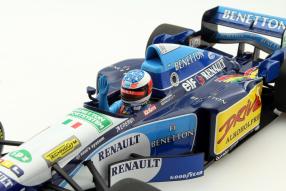 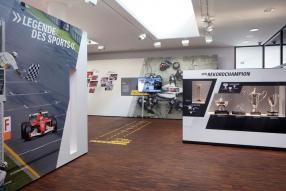 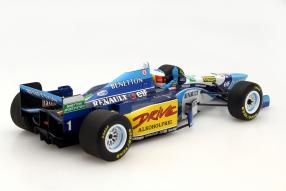 Yesterday we were able to enjoy the Grand Prix of Japan on the Suzuka circuit. As with all other races of Formula 1, the idea of ??Michael Schumacher is also omnipresent. Nobody in the current race has given up the memory of the seven-time world champion. With 91 wins, 68 pole positions and 77 fastest races, he is still the most successful pilot in Formula One history. In the media it was now read that Schumacher's private Formula 1 collection is made public. The private collection public? This has made the blogger sad, because it makes conclusions for those who can read between the lines. The motif is certainly welcome, but is it the right signal to hope?

Michael Schumacher at the Butzweilerhof

Currently a new building set of the group Motorworld is being built in the north of Cologne in the Butzweilerhof. According to the concept of the Düsseldorf and Berlin Classic Remise, a center for classic cars and youngtimers, modern luxury cars and bikes as well as the obligatory glass boxes is built there. Motorworld is set up in the former airport complex, built or expanded in 1935 and 1936, which was renovated in 1995 and 2007 and is a protected monument. Quote Motorworld: "Open all year round and free of charge, the 'Butz' becomes a lively meeting place for all those who want to experience pure mobility.The historical ensemble on an area of ??around 50,000 sqm is currently being extensively renovated and extended to stylish new buildings. "

Theme hotel and meeting rooms included. And there is the private Formula 1 collection of Michael Schumacher. From the end of 2017 onwards the ensemble karts, trophies and Formula 1 cars developed and to be operated by the Butzweilerhof Nicolaus Otto GmbH & Co. KG and the managing directors Marc Baumüller, Werner Krupp and Helmut Raßfeld are to be seen: At the request of the family The private collection public. His long-time manager, Sabine Kehm, in a message: "Michael's family, it is a heartfelt wish that all interested fans see Michael's collection". And exactly there for the author of this blog is the hare in the pepper: When the family cleans the living room of their Michaels - is it so bad about him that there is no longer any hope?

Information about his health or even details on the state of affairs do not penetrate outside. On 29 December 2013 he crashed his head against a rock in the ski resort above Méribel and committed a traumatic brain injury. Since then, the now 47-year-old lives strictly screened. The family sees the surrender of the private collection as a sign of gratitude to the fans. But how much hope can they have left, when little by little is given to the outside of his living quarters, his private collection? Above all - without a time limit? Honestly, it is certainly worth mentioning the operators of Motorworld - perhaps it would have been better not to do the step of transferring the items to an "indefinite exhibition".

The exhibition "Michael Schumacher - the record world champion" of DVAG - Deutsche Vermögensberatung AG - was opened in February 2016 in the presence of the family and is also supported by ck-modelcars. The exhibition has been set up in the Group headquarters and can only be seen until early 2018. DVAG is a distribution company for financial services active in Germany, Austria and Switzerland, and has been a sponsor alongside Michael Schumacher for many years. If, however, a person presents an article for an indefinite period, that is, forever, then the scope for interpretation is as follows: there is hopelessness between the lines. What makes the author of these lines very sad - without any effect on hoping and praying.


Here: The link to the Schumacher exhibition in Marburg