The Stuttgart-based car manufacturer is presenting itself at the world&#039;s biggest classic fair with the highlights of the convertible genre. Here: The cars and opening times. 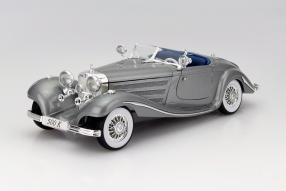 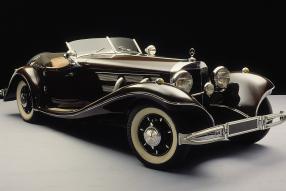 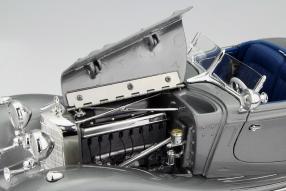 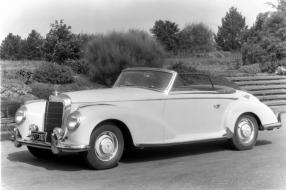 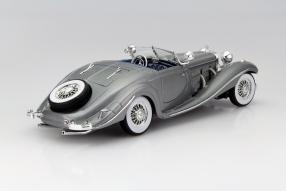 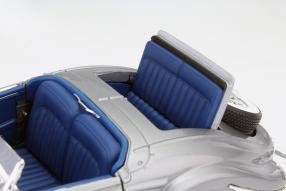 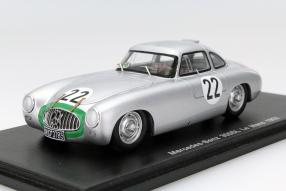 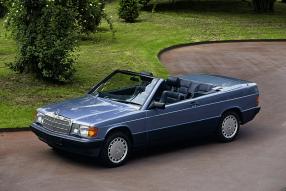 The Techno Classica - World Fair for Vintage, Classic and Prestige Automobiles, Spare parts, motor sports, motorcycles, restoration and Club meetings -. Is the world's largest show of its kind this year, the 28th edition of the Techno Classica, are more than 25 car brands and more than 200 brand clubs represented with their own presentations. The organizers expect some 1,250 exhibitors and over 190,000 visitors. The Stuttgart carmaker Mercedes-Benz will of course be one of the party and rolled some really extraordinary pieces for food, which are linked to the recently introduced C-Class Cabriolet. to celebrate the top is down, this is the mission of Stuttgart, which very well with the early spring weather. But which cars are?

On Wednesday, 06 April 2016 opens the Techno Classica on Happy View Day 14:00 to 20:00. From Thursday 07 April, to Sunday, April 10, 2016, the fair of each 9:00 a.m. to 6:00 p.m. is open; on Friday even until 19:00. Mercedes-Benz presents the 500 K Special Roadster, a car of the W 29 series that counted from 1934 to 1936 the sales program. With its eight-cylinder supercharged cars, the brand occupied with the star in the 1930s, the market segment of international luxury class, offering a total of 9 different body versions: four-door sedan, two-door sedan, two-seater roadster, convertible A, B and C, two-door open touring car, Autobahn-Kurier and special Roadster.

From particularly elegant and luxurious Special Roadster only 29 units were built. A legend all versions of 500 K and the successor to 540 K for its impressive power delivery and because of their gorgeous beautiful, luxuriously appointed bodies. We enjoyed it this exhibit particularly impressed, and who wants to have it at home, can resort to be reached via this link model in 1:18 scale, which comes from Maisto and the Mercedes-Benz 500 K Special Roadster of the model year 1934, the item number reduced B66040624 for low 59.95 euros. Gering because authentic interior equipment, engine detail, working steering and opening doors and hoods on board.

Compressor activated by pressure on the accelerator

However, this in a quality that is reminiscent of the much more expensive models of CMC; a really great model car. Nevertheless, 1934 saw the performance luxury modest: The eight-cylinder in took out 5,018 liters capacity just 74 kW / 100 hp without and 118 kW / 160 hp supercharged. The W 29 managed a top speed of 160 kilometers per hour. Funny: First a good girl turned a somewhat stronger pressure on the accelerator, a power increase of 60 percent: The compressor clutch is a disengaged, the two wings fan pushes with 0.3 bar air into the barrel carburetor and sets so additional 44 kW / 60 bhp. The power is transmitted via a coil springs swing axle on the track: Standard for Mercedes-Benz since the mid-1930s.

In May 1949, Mercedes-Benz has supplemented its program, which includes the 170 V since the beginning of the post-war production as the only model to 2 new types: the Diesel 170 D and 170 S, which is more spacious, more representative and more comfortable compared to the base model. In addition to the sedan two luxurious two-door will be offered: the Cabriolet B and Cabriolet even more exclusive with A 2 + 2-seat configuration. In the period of incipient economic miracle are two variants for the highest luxury car. The Cabriolet A is only constructed to the end of 1951 830mal, the Cabriolet B caused 1,603 copies. The building which is almost identical successor models that go in 1951 as the 220 at the start, not only impress with its luxurious interior.

They show thanks to its newly developed 59 kW / 80 hp six-cylinder engine with 1,767 liters capacity is also very pleasing performance and reach 120 kilometers per hour peak. Well, for that time which was great. Also, the 170 S can be seen in food. A highlight here is certainly the Mercedes-Benz 300 SL racing car W 194 from 1952, which was the absolute basis for the 300 SL Gullwing! The original SL, so to speak, who won a double victory in Le Mans and the Carrera Panamericana and won many other races. The six-cylinder swung 3.0 liters 125 kW / 170 hp and brought the 300 SL to a top speed of 230 kilometers per hour.

Spark has developed a nice 1:43 scale model, we put you under the link embedded here warmly. In addition to the Mercedes-Benz 300 S Roadster the W 188 series from 1956 is also the 300 SL Roadster W198 from 1957 to see, which was derived from the first Gullwing. To him we offer great models by GT Spirit in large scale of 1:12. With the Mercedes-Benz 280 SE 3.5 Cabriolet W 111 from 1969 the fair presence of the brand with the star suggests more comfortable paths a, because this car is based on the S-Class. Input we mentioned that Mercedes-Benz will celebrate open-top driving in food, because it is precisely the new C-Class convertible was launched W 205th Its forebear from 1990 made it not in the series.

Where are Spark, GT Spirit and CMR?

After 1988 presented facelift of the W 201 series, the brand through a convertible thinking. There was a driving prototype with 4 full-size seats and a well-developed body discreetly elevated and something kantigerem rear, where the large folding roof disappears completely beneath a cover plate. The study offered decision support on the way to greater Cabriolet of the 124 series, which was presented 1991st Keeping with the sporty and exclusive appeal of this prototype was equipped with the 2.6-liter six-cylinder engine. He can be seen next to the current C-Class Cabriolet in Essen. Is the prototype not a model for small volume manufacturers such as Spark, GT Spirit, Otto Mobile or CMR?