10.01.2023The label NZG convinces with a special model of the G-Class from Mercedes Benz in scale of 1:12 with a length of more than 41cm

The model of the G63 AMG 4x4 is, depending on the equipment, hand-assembled from over 460 individual parts. 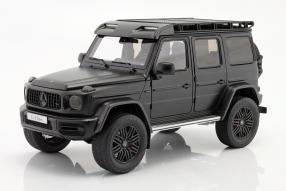 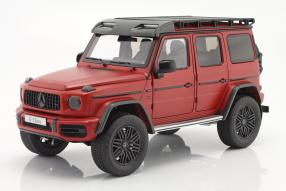 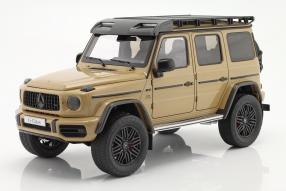 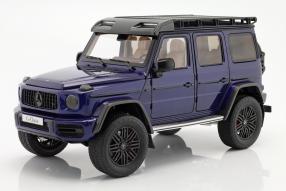 After some prototype models of the Mercedes were spotted in one place or another, the rumor persisted that there could be another special version of the G-Class. What was uncertain so far was whether it would be a G63 or a G500. After all the secrecy, Mercedes “let the cat out of the bag” at the end of 2022. With the G63 AMG 4x4 based on the current G63, a special model of the G-Class is coming onto the market again. The model in scale 1:12 from the NZG label is currently available in our shop in 6 colors (platinum magno, green hell magno, night black, mystic blue, desert sand and hyacinth red). The models in the colors night black, mystic blue, desert sand and hyacinth red are limited to 250 pieces each and were hand-assembled from over 460 individual parts and have a lot of captivating details. For example, the exterior mirrors can be folded and the center armrest can be opened. As befits an SUV, the models also have suspension. Anyone who releases the "monster" from the original Mercedes-Benz outer packaging will find that the bonnet, doors and trunk can be opened. The front wheels of the off-roader are steerable. NZG has also set a new standard of attention to detail with the interior fittings and the engine compartment, as both the floor of the interior and the floor of the trunk have been flocked.

The two models in the colors platinum magno and green hell are not limited, but they are in no way inferior to the limited models, especially in terms of the attention to detail. Here, the front wheels can be steered as well and the front and rear doors can be opened, as can the hood and trunk. The front seats are sliding. The swiveling spare wheel holder has a storage compartment that can be opened. Other details of the models that can be opened are the sunroof, the fuel filler cap, the glove compartment and the center console. In the rear of the model, the center armrest can even be folded down. The exterior mirrors are also foldable on these two models. Anyone who places one of the models from NZG in their collection will definitely be an eye-catcher, that's for sure. And as you can read here, that is not only due to the impressive size of the model.

Like the current G63, the new edition of the SUV, which is equipped with portal axles, also has a V8 biturbo with 585hp and a torque of 850Nm, which is a decent plus compared to its predecessor, which made an impression with 422hp and 610Nm. If you read through the technical details of the AMG, it quickly becomes clear that one of the specifications during development must have been that the driver of the 4x4 can go anywhere with his vehicle. The wading depth is given as 91cm. The ground clearance is 35cm and the climbing ability is 45 degrees. The fender flares in visible carbon, which provide a frame for the off-road tires on their 22-inch rims, make the G63 4x4 look almost like a monster truck. Even if it is questionable whether a driver of this SUV will really drive his vehicle in the off-road limits, the additional lighting on the vehicle's roof and the Panamericana radiator grille are standard equipment. There is currently no information from Mercedes on the prices. However, if you look at the price range of a "normal" G63, it would not be a surprise if the AMG G63 4x4 were in the range of just under €300,000.

[06.01.2023] Werk83 replicates the Opel Calibra from Team Joest, with which Yannick Dalmas started a year before the team's long-awaited victory in the DTM/ITC 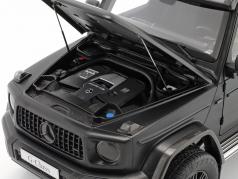 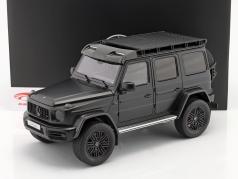 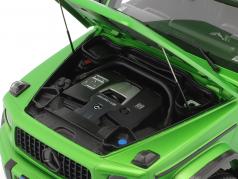 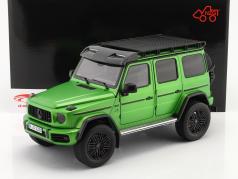 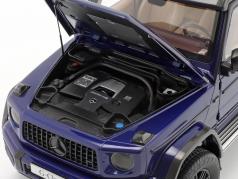 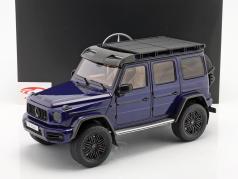 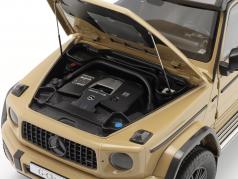 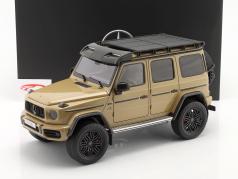 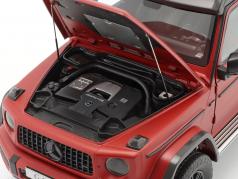 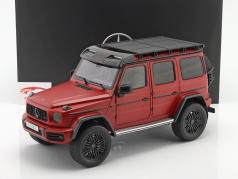