The Opel team Joest is a defining name in the history of the DTM. In the 1990s, Opel had celebrated numerous successes in the German Touring Car-Championship as well as in the International Touring Car Championship up from 1995. 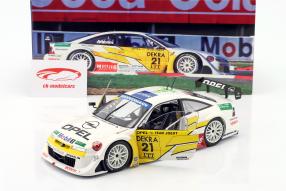 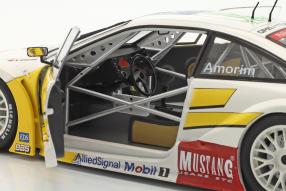 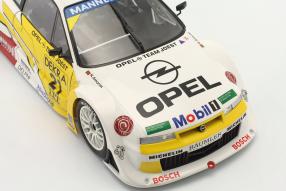 The team around Reinhold Joest played a significant role in this. As a former racing driver, Joest notched up podium finishes at the 24-Hours of Le Mans as well as victories at the 24-Hours of Daytona, the 6-hour race at Brands Hatch and the 300-kilometer race on the Nürburgring during his active time with Porsche. In 1978 he founded his own racing team, which in the 1980s competed exclusively with Porsche in long-distance races in Le Mans, Daytona or in the 1,000-kilometer race on the Nürburgring.

Joest then used several Opel Calibra V6 4x4 as an Opel works-team in the DTM and ITC from 1993 until 1996. At the end of the ITC, Opel Team Joest, together with driver Manuel Reuter, pulled off the perfect final coup and the team was able to win the championship.

In the previous year, team Joest used four of the newly designed "Phase 4" Calibras in the DTM and ITC to compete with the newly founded Team Rosberg on an equal footing with the competition from Mercedes-Benz and Alfa Romeo. With the expansion to the ITC, the technology of the racing cars became more sophisticated, but also more prone to malfunctions and failures. The results of the 1995 season showed good training times, but many setbacks in the races due to technical failures. In the end, both in the DTM and in the ITC, only third place remained behind Mercedes-Benz and Alfa Romeo.

In 1995, the Portuguese rally driver Fernando Manuel Neiva Machado – “Ni” for short – Amorim started for the team Joest in the yellow and white Opel Calibra. In addition to his participation in the DTM, with which he finished 21st, Amorim also successfully took the wheel in the ITC, which ran parallel at the same time on the Circuit de Nevers Magny-Cours in France and in his home country Portugal on the Autódromo do Estoril. The eye-catching Calibra with the starting number 21 from 1995 is now available from WERK83 in the scale 1:18 with true-to-original interior fittings, doors that can be opened and front wheels that can be steered. 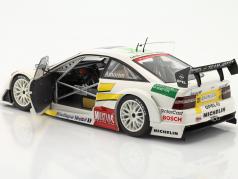 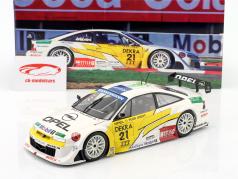