The return of the Dutch Grand Prix on the traditional Zandvoort circuit in the 2021 Formula 1 season was a made-to-measure comeback. Packed grandstands, great atmosphere and – from the point of view of the fans in Oranje – exactly the right winner: Max Verstappen. 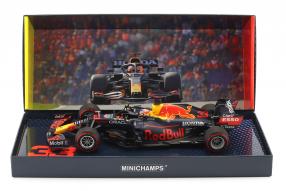 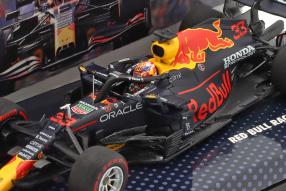 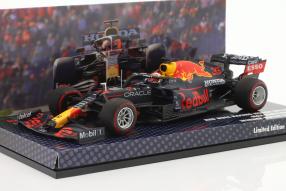 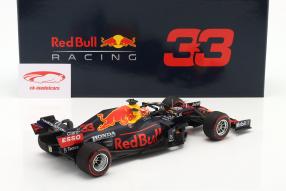 In 2015, Max Verstappen came to the Formula1 as the youngest driver of all times. At least since his debut win in Barcelona in 2016, the euphoria in the Netherlands has been huge. Since then, hordes of fans in orange outfits have been following “Super Max” around the world. And since 2021 they also have a home Grand Prix.

Max Verstappen gave himself, his team and the crowds of spectators confidence for the long-awaited race day in qualifying: pole position in front of world championship rival Lewis Hamilton. Everything went well on Sunday, too.

From the moment the hanging light switched off, Verstappen had his home race under control. He won the start against Hamilton and opened up a small gap. Hamilton put pressure on the Red Bull team with an early pit stop and new tires. But Verstappen immediately followed suit and got back on the track in front of the Briton. Valtteri Bottas, who stayed out longer and consequently took the lead, was able to stop Verstappen for a moment and help Hamilton move up, but there was never an attack. With a storm of cheers along the packed start-finish grandstand, Max Verstappen celebrated his seventh win of the season and made the return of Formula 1 to the Netherlands an unforgettable experience for his fans.

36 years had passed since the last Formula 1 race in Zandvoort. In 1985, the premier class last drove on the course at the North Sea. Parts of the track were reworked for the revival of the Dutch Grand Prix. The elevation of two curves is particularly striking. A number of additional grandstands will also be set up around the 4.2-kilometre-long slope to accommodate the crowds of spectators.

The models from Minichamps of Max Verstappen's winning car, on the other hand, do not cause any space problems, as the RB16B is available in two different sizes. The model in scale 1:18 is limited to 400 pieces exclusively for ck-modelcars and is delivered in a high-quality collector's folding box. The cockpit is faithfully reproduced and the driver figure is included. The car in scale 1:43 is even limited to 333 copies and has a high cover collector's outer packaging. 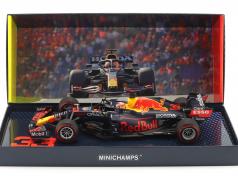 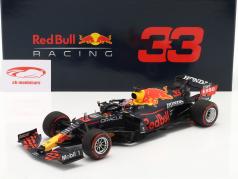 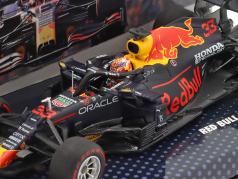 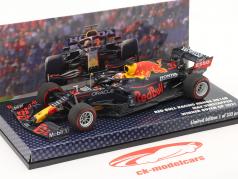