The first series-produced convertible from the M-GmbH based on one of the most popular road sports cars of its time. 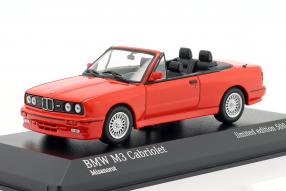 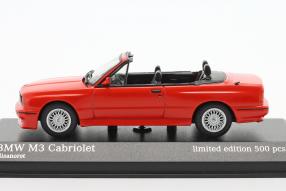 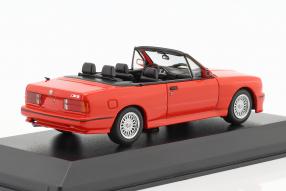 What had started as a homologation model in 1985 for the German touring car championship, is a true classic nowadays in the M-range of BMW. This was already noticeable back in the days, when the demand for the new M3 that was presented at the IAA was so high that the number of produced vehicles were far greater than originally planned. In addition to the popular two-door sedan, the E30 M3 was also available as a convertible from 1988. Minichamps is dedicating a 1:43 scale model in the colors glossy black and Misano red to this first series-production convertible from M GmbH. The model, which represents a 1988 M3 convertible, was built by Minichmaps exclusively for ck-modelcars and modelissimo. The exclusivity is also underlined by the fact that the model is limited to only 500 pieces. If you want to put a piece of German automotive history from the 1980s in your modelcar showcase, you should be quick.

The BMW M3 was one of the competitors of the Mercedes-Benz 190 E as part of the German touring car championship as well as in the private area. The regulations of the Groupe A stipulated at that time that a minimum number of 5,000 street legal vehicles had to be sold within twelve month to use a car in racing. The appearance of the BMW M3 E30 has been significantly revised compared to the basic 3-series in order to demonstrate its racing genes to the outside world. The front spoiler, the rear apron, the sill panels, and the change in the bodywork in the area of the rear window were visible features of this. The production of the two-door sedan was discontinued in the fall of 1990. The convertible was produced a little longer, until mid-1991. In addition to almost 16,000 limousines and more than 800 convertibles, 62 Alpina models were also built between November 1987 and December 1990. The vehicle, which was called the B6 3.5 S there, has a 3.4 liter six-cylinder engine and delivers 254 hp. The small series is difficult to find today and if it is, then an immensely high price is incurred due to the collector's value.

The M3 was powered by a four-cylinder engine that produced 200 hp at the start of production. This four-cylinder was a derived version of the six-cylinder that BMW was using in the M1 at the time. The M3, which weighed just under 1200 kg, was able to sprint from 0 to 100 kph in just 6.7 seconds. The top speed was an impressive 235 kph. First gear of the attached five-speed gearbox is on the bottom left, which should underscore the M3's racing leanings. During the five years that the M3 was in production, its engine power was steadily increased. In 1988 the power increased from 200 to 220 hp and the maximum speed increased to 243 kph. The last expansion stage was then established on the market in 1990. The displacement of the special model M3 Sport Evolution, which has now been increased to 2.5 liters, now produces 238 hp. The standard racing seats and the adapted spoiler system were also part of the special model, which was only available in the colors brilliant red and glossy black. 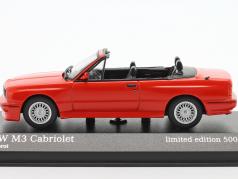 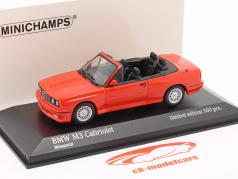 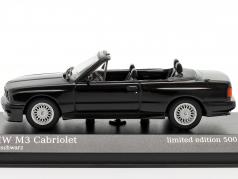 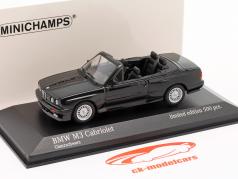