The BMW M1 is an ideal example that the iconic status of a car does not depend on its success. The street and racing version of the Bavarian flounder had a troubled existence from the start. Nevertheless, the M1 is now a legend - not only for BMW fans. 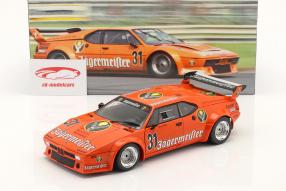 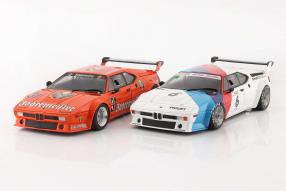 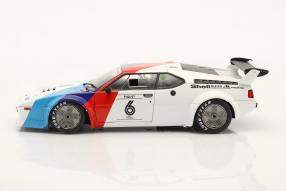 The heads behind the modelcar label WERK83 also love the M1. The new manufacturer has specialized on models of historic racing cars - and thus the BMW M1 Procar is a matter of course as one of the first projects.

In order to be competitive in sports car racing, BMW planned the M1 as a racing car from the early 1970s, which in turn was to be built in the number of road variants required for homologation. However, delays in construction meant that the first finished racing variants were still without homologation, as there were not enough production cars. So BMW had the racing cars, but couldn't use them in international competition.

But to still race with this cars, BMW came up with an emergency solution that would eventually go down in motorsport history. As part of the Formula 1, a brand cup was introduced with the M1 in 1979 and 1980, in which the five fastest drivers from the premier class training courses competed against established racing drivers from sports car racing. The overall winners received a road M1. Such a constellation was a strange novelty even then and is difficult to imagine in today's Formula 1 world.

Nelson Piquet belonged to the race winners in the season 1979. WERK83 produced this M1 from the Brazilian in factory-colors in scale 1:18 from diecast. The front wheels are steerable and the doors can also be opened. The sales launch will be after Easter.

When the M1 finally got its homologation in the early 1980s, the competition was ahead of it again. He no longer celebrated great successes at international level. In series like the German Racing Championship and the German Racing Trophy, the M1 was still at the start in the 80s - sometimes in designs that are just as iconic today as the car itself. The Jägermeister M1 of the later DTM driver Kurt König 1982 was also produced as a WERK83 model on a scale of 1:18 and is already available. And that's how the BMW M1 lives to this day - whether in museums, historic racing series or in model showcases. 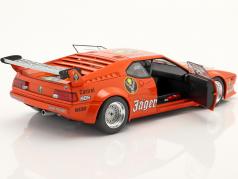 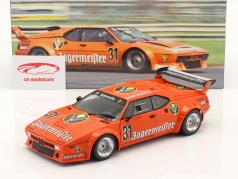