11.04.2022Sharing a class with the Porsche 917 and Ford GT40, it was Enzo Ferrari's attempt to get back into racing with customer teams

Ferrari 512M Sunoco by CMR in scale 1:18 exclusively for ck-modelcars and modelissimo 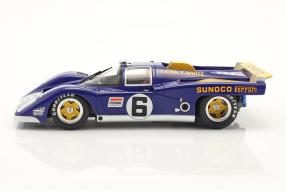 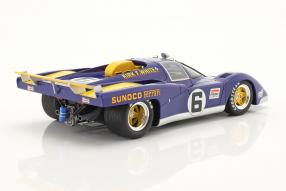 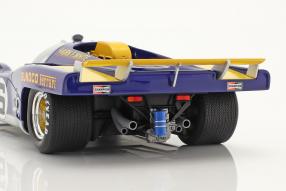 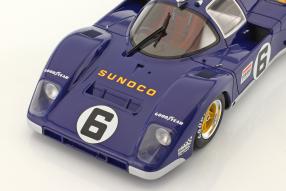 Originally the Ferrari 512M is based on the Ferrari 512S. The "M" stands for "Modificato" which means modified. It is the year 1970. With the 917, Porsche has just sent a modern competitor to the Ford GT40, which had been very powerful up to that point. Enzo Ferrari, who had neglected the market for customer racing teams for years, sold several of his shares in the company to Fiat and used part of the proceeds to build 25 examples of a five-litre sports car. This is what the regulations demanded at the time in order to take part in the brand world championship. This is the birth of the Ferrari 512S. Roger Penske is one of those customer, acquiring the Ferrari 512M for his Sunoco-sponsored racing team. It's exactly this vehicle driven by Mark Donohue and David Hobbs, which achieved third place in the 1971 24 Hour race in Daytona, which the label CMR has produced for collectors. The model in scale 1:18 is made of high-quality resin and is only available from ck-modelcars and modelissimo. The model is right-hand drive. If you want to call a piece of racing history your own, you should strike and place the 512M in your home showcase right next to the Porsche 917.

At the end of the 1970 World Sportscar Championship, the Ferrari 512S was upgraded to the 512M. The numerous modifications made this renaming necessary at Ferrari. Already at the 1000 km race in Austria it could be seen that the 512M could be superior to the Porsche 917, even if the race for the pilots Ickx and Giunti ended early due to a defect in the alternator. Ferrari then won the next race in Kyalami by two laps over Porsche. For strategic reasons, however, Ferrari unfortunately decided in 1971 to no longer use the 512M at the factory and to no longer support customer teams. At this point, Ferrari's attention was already on the 312PB model, which already complied with the regulations for the 1972 Manufacturers' World Championship. However, the racing team around Roger Penske had further developed the 512M on their own anyway. This further development was also rewarded with three pole positions in four races. The Penske team had given the 512M a fast tank system and a continuous rear wing. Unfortunately, the 512M (usually in the lead) often failed due to technical defects. Until 1975, the Ferrari 512M was used in the North American CanAm series and in the European Interserie.

According to the regulations, the Ferrari 512M was epquipped with a 5-liter V12 egnine. This engine developed about 610 hp and was able to run a top speed of 310 kph. The chassis consists of a tubular steel frame. The wheels are single suspended and equipped with wishbones of different lengths, coil springs and telescopic dampers. With an curb weight of only 815kg, the 512M was an absolute weapon in racing for the conditions of the time with these performance values.

[07.04.2022] Solido presents two wide bodies from the house of "Rauh Welt Begriff" based on the Porsche 964. The "Pandora One" and the "Hibiki" polarize with their extreme look 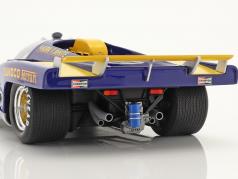 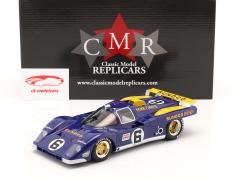 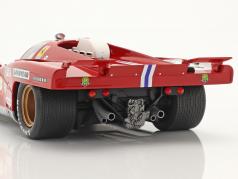 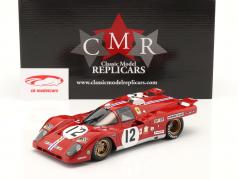