07.04.2022Solido presents two wide bodies from the house of "Rauh Welt Begriff" based on the Porsche 964. The "Pandora One" and the "Hibiki" polarize with their extreme look 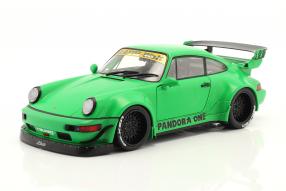 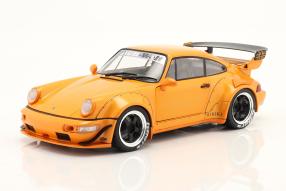 RWB stands for the exclusive wide body from Japan. Akira Nakia-San is the name of the man, who runs a small workshop that is about an hour drive away from Tokyo, which is now known all over the world. At the age of 28, Akira Nakai-San fulfilled his dream and bought a Porsche 930, which he immediately converted. This was the start of what car enthusiasts know today as RWB. The "Pandora One" from the label Solido is the model for the first RWB Porsche that was delivered to an American owner. Its bright green color makes it as eye-catching as the orange Hibiki, which represents the first RWB Porsche built in England. Both models faithfully reproduce the interior of their role models. The front wheels are steerable on both models and the doors can be opened. The models based on the Porsche 964 are on a scale of 1:18 and are real eye-catchers in any modelcar collection.

The founder of RWB, Akira Nakai-San comes from the drift-szene. The crew of which he was part of called itself "Rough World Drift Crew". Because of the love to Germany and German cars, he freely translated the name of his drift crew into German and made it as his company name. So he operates under the "Rauh Welt Begriff". Porsche has always been his favourite brand. So it is not surprising that his company now specializes in Porsche. Its extreme wide-body kits are visually based on the Porsches that once competed as touring cars or in long-distance races. It's been around 15 years since Nakai-San made the first Porsche conversions for his customers, which not only give them an aerodynamic advantage at track days, but also provide them with a real eye-catcher. The workshop in which Nakai-san works while chain-smoking cigarettes has remained the same. However, he now has a manager with whom he certifies workshops around the world to market his RWB kits. By default, such a kit includes a front and rear bumper, as well as four widened fenders, a few side skirts and various small parts. The rear spoiler is usually either a GT-2 or a 3.8 RS rear spoiler.

Akira Naikai-San discusses what the customer wants and what the car should look like in the end. The process after that is always the same, but that doesn't make it any less impressive. After the order has been placed, the GRP parts are manufactured in Japan and then sent to the partner workshop where the end customer ordered. There the parts are painted in the desired color. Then comes the most exciting part of it all - the final assembly. This is so special because Akira Nakai-San personally takes over this. He jets from country to country and converts around 60 vehicles a year in this way. He works alone late into the night and finishes his work in 2-3 days. For a full-fledged RWB conversion, a customer can easily shell out 40,000 dollars in pure conversion costs. Anyone who deals with the topic of "value retention" of their Porsche will initially hesitate when deciding on an RWB kit. Because the serenity with which Akira Naikai-San saws off the original fenders from Zuffenhausen in order to mount the GRP fenders of the wide body with screws on the remaining stubs of the original fender could bring tears to many people's eyes. What you get for it, however, is an exclusive one-off. In the end you become part of the RWB family which, as some say, is unparalleled in terms of cohesion and passion for cars. 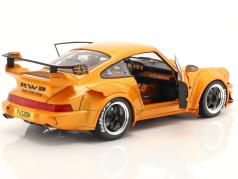 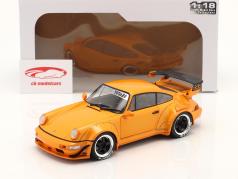 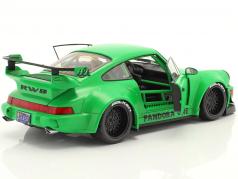 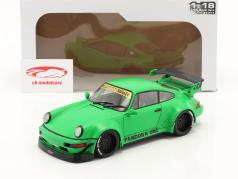