In 24 steps to modelcars in scale 1:43, equipped with sound chip and extras: The sales success from the previous year celebrates comeback 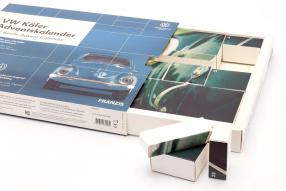 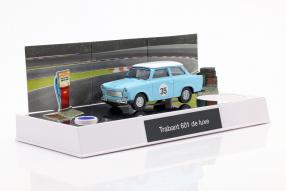 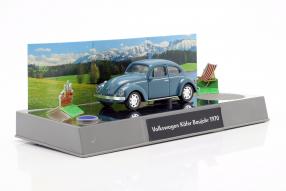 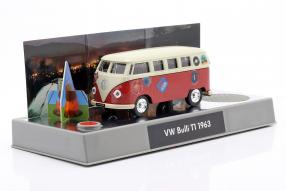 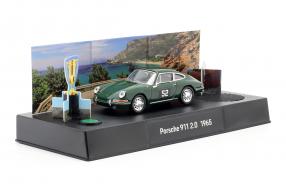 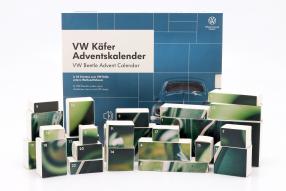 The autumn sends its first harbingers; it's going to get colder in the night and the sun does not shine as hot as a couple of weeks ago. The threatening farewell to the beautiful weather now offers the possibility to devote yourself to your favorite hobby - collecting modelcars - as well as to read a book. Both of these are real heavyweights from German automotive history: From the Trabant 601 to the Porsche 911 to the VW Beetle, Franzis has released new advent calendars! Advent Calendar? Yes, actually, because with autumn we are headed straight for Christmas: November 29th is the 1st Advent. Behind the 24 doors - or rather boxes - that the advent calendars offer, you will find components, sound modules, manuals and lots of fun with handicrafts. Incidentally, also for fans of the Volkswagen T1 bus.

Let's first turn to the Trabant 601: The advent calendar includes a true to detail model, which comes to the collector as an eight-part building kit in scale 1:43, a high quality plastic base plate with sound module and which invites you to plug and screw. In addition, a large format manual by author Frank Rönicke gives knowledge to the Volkswagen of the former DDR and to the building kit. There is a free cart included for the August Horch Museum Zwickau: A nice project to stop by in the unit's anniversary year, isn't it? The small diorama that is created from the kit also offers a fuel pump and a cutout to a racetrack. The sound chip requires the support of two AA batteries, which are not included in the kit. Which also applies to the three other kits that have been released for Advent 2020.

Franzis already released a VW T1 bus advent calendar in 2019. This year there is not only another calendar for this vehicle (67111) in front of a campfire, but also the Volkswagen Beetle of the kit with item number 67098 in the design of 1970, i.e. with the box-shaped chrome bumpers and the large rear window. The accompanying diorama reproduces a mountain panorama: During the time of the economic miracle, many Beetle drivers were drawn across the Alps to Italy. Like the Trabant and T1, the Beetle models also include a high-quality plastic base with a sound module for plugging and screwing and a large-format manual by author Jürgen Gassebner with 24 exciting episodes from the history of the Beetle. His colleague Michael Behrndt wrote the booklet for the new T1.

The advent calendar to the Porsche 911 from the previous year promises a lot of innovations, its high-quality world of experience around and irish-green version of the classic in scale 1:43 with a large format manual written by automotive luminary Jürgen Lewandowski, that leads through the history of the Porsche 911 from 1963 until today. Since its start of production in 1963, the sports car from Zuffenhausen made the hearts of young and old beat faster. Hardly any other automobile exerts a similar fascination. This advent calendar appears at Porsche under the item number MAP09600120 and is listed at Franzis under 67119. Is it already Christmas today? No! But in order to be at the start in time, secure one of these exciting modelcars as a kit! Have a lot of fun!