In third weekend of October, this year&#039;s German Touring Car Masters comes to an end. Spark model car of the victor still available from last year. 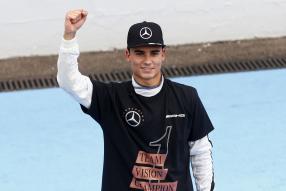 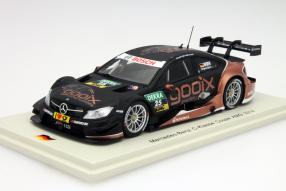 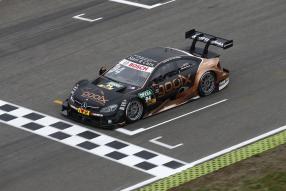 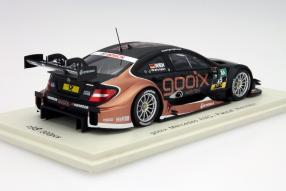 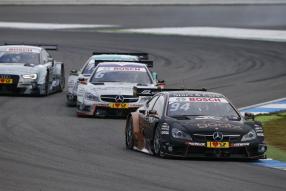 Congratulations, Pascal Wehrlein! The driver, who was born on the 18. October 1994 in Sigmaringen, wins in the points board of the 29th season (the 16th season since the new beginning of the series in 2000), a day before his birthday. His debut was in the year 2013. He first became real popular am the 27th of May 2014 when he had an accident during a sponsors Action for Mercedes-Benz in the training camp of the national soccer team in South Tyrol  in which a vacationer and a marshals were injured.

Last Sunday - the last race of the DTM this season - his team "gooix / Original Parts" secured the 1st place in the team standings of the DTM. Interesting for all fans of Pascal Wehrlein, there are still models of last year's vehicle 1:43 scale.

Brief Overview: This is Pascal Wehrlein

Wehrlein was trained as a precision engineer in his father’s business "Dangel & Wehrlein, Ostrach. In 2003 - 2009 he was already active in the karting. In 2010 he went to 6th place in the ADAC Formula Masters. A year later he won the championship. In 2011 and 2012 was Wehrlein candidate of German Post Speed Academy, which he won 2011th

In the Formula 3 Euro Series in 2012 and the European F3 FIA 2012 Wehrlein drove a 2nd and the 4th Place. Some races of the season set by Euro series were included in the rating of the European Formula 3, which was continued in 2013 and took in the Pascal Wehrlein at the end the 14th Place. However, the same year he made his debut for the team Mücke Motorsport in the DTM; 2014 he moved to HWA and reached the 8th place in the final.

Youngest champion of the DTM

In parallel, Wehrlein is test driver for Formula 1 since 2014. In 2015, then the biggest success: In established by the HWA AG for Mercedes-AMG "gooix / Genuine Parts" C 63 DTM is Wehrlein secured on 17 October 2015 169 points from Jamie Green and Mattias Ekström the drivers' title in this year's DTM. Wehrlein and teammate Christian Vietoris accumulated this season together 225 points, winning by a margin of 19 points then also the 1st place in the team standings.

With a total of 10 driver, 13 teams and 6 manufacturers titles Mercedes-Benz is thus the most successful brand in the history of international popular touring car series. Wehrlein is, with his 21 years, the youngest DTM champion in the history of racing series: An 8th place on Saturday has landed him the championship.

As specialist for model cars of the DTM has blossomed in recent years, Spark. While the team around company founder Hugo Ripert is known to provide the models for a season quite quickly, but still have the race car of the 2015 season not commercially. For the fans of Pascal Wehrlein can back up the year-old cars in 1:43 scale, which is no longer in the repackaging of the car brand, but to have a specialized trade model Although, however, still; made of resin plastic, visually and qualitatively a highlight and even the race number 25 of 2014 supporting.

On 12 December 2015 Mercedes-Benz invited "Stars and Cars“ to their traditional season ending in Stuttgart. Also present: Among other things, the Silver Arrow Stars Lewis Hamilton & Nico Rosberg and all 8 driver of the Mercedes-AMG DTM team.