Modelcars of the World Touring Car Cup are relatively rare in our blog. Today, therefore, we welcome the novelties to this racing series from the house of Spark 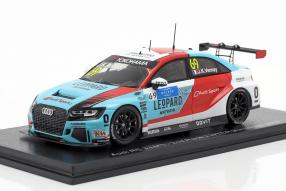 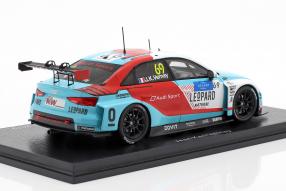 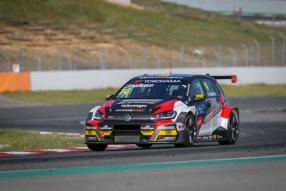 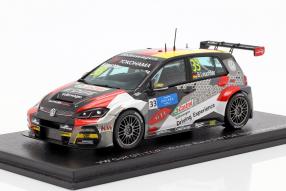 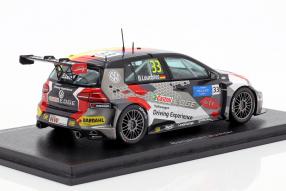 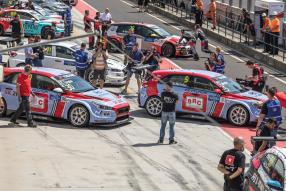 In yesterday's blog it already was sporty with the Audi RS5 DTM 2019 and today it continues sporty with in our view almost exotic-looking touring car. The base vehicles, with which the WTCR is denied, are of course not exotic cars, but the racing series does not receive attention in Germany, as comparatively the DTM or the ADAC GT Masters. Spark has taken on a few touring cars from the FIA World Touring Car Cup - this is the abbreviation WTCR - and presents them in scale 1:43. With the Volkswagen VW Golf GTi and the Audi RS3 LMS we find basic vehicles again, which should certainly be of great interest to the fans of modelcars based on role models of current racing cars from Germany. Spark has made them in good quality; they correspond to the very last detail the excellent finish, as known from the Asians.

In everyday speech, the official FIA World Touring Car Cup WTCR called motor racing series is known as the FIA World Touring Car Cup. The top motorsport authority Fédération Internationale de l'Automobile or FIA has announced the race series worldwide, but it is not fought for a World Cup. The WTCR emerged in 2018 from the merger of the World Touring Car Championship with the TCR International Series. It is aimed at those teams who operate motor sport privately and buy the appropriate vehicles from the manufacturers. Car manufacturers themselves can not register or participate there. On one weekend, three races and two qualifying sessions will be held. Drivers and teams can each win a World Cup title. In 2018, the Gabriele Tarquini and M Racing YMR on Hyundai i30 N TCR succeeded.

The 2019 season started on April 5th to 7th in Marrakesh; On the 13th to 15th of December, it will complete the race of Malaysia for a total of ten race weekends at the Sepang International Circuit. In Germany, the WTCR gave a guest appearance at the Nürburgring Nordschleife in June. Spark has launched eight modelcars from the current season. As usual, the miniatures are made of the high-quality resin and in terms of appearance, they correspond exactly to the lines of the visually impressive vehicles. The French racing driver Sébastien Loeb and his team Sébastien Loeb Racing VW Motorsport have four role models for Spark: Item no. S8953 is the Golf GTi TCR with starting number 33, with which Benjamin Leuchter won the third race at the Nürburgring.

For Sébastien Loeb Racing's VW Motorsport, Rob Huff will race on the #12 Golf (S8950). The decor of team mate Mehdi Bennani on the Golf GTi TCR with the #25 at the WTCR weekend in Zandvoort 2019 traces the model with item number S8951. Johan Kristofferson won the second race at the Nürburgring this year with the Golf for Sébastien Loeb Racing VW Motorsport (S8952). The Comtoyou Audi Sport team relies, as the name implies, on the Ingolstadt brand. Niels Langeveld was on the Audi RS 3 LMS with the number 10 in the decoration, retelling the model with the item number S8958, on the slovak ring in Slovakia. Teammate Frédéric Vervisch won the first race of the weekend in 2019 on the Audi RS 3 LMS with starting number 22 (S8959).

Also on Audi is the Leopard Racing team Audi Sport, whose driver Jean Karl Vernay put his up to 257 kW / 350 hp and up to 265 kilometers per hour fast RS3 LMS with the starting number 69 on 2nd place at the second race in Marrakesh in 2019 (S8950). The emergency vehicle of colleague Gordon Shedden has the 52, to which Spark also delivers a superbly made model to the fans (S8961). With these eight miniatures, the friend of motorsport gets a visually appealing field of contemporary modelcars, which stand out in the showcase, because they set entirely new horizons by the internationality of their role models. Incidentally, a field of 26 drivers, which by Hyundai, Honda u.a. can still be expanded to a manageable, new collection.