Spark has reduced the racing car of this year&#039;s champion of the DTM in the scale 1:43 and it builds on the work of two years ago 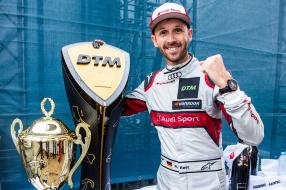 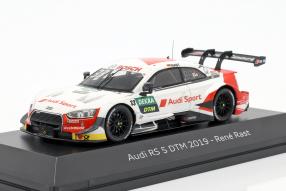 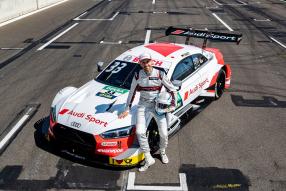 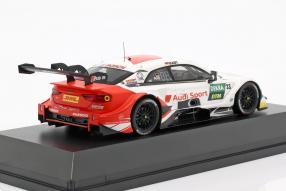 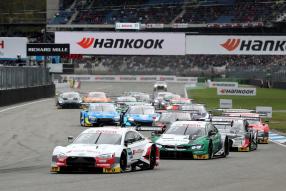 "To win the title in the DTM in its first season is the outstanding achievement for which the modelcar manufacturer Spark has delivered an excellent miniature", our blog started in 2018. This statement was related on the modelcars of the champion from the year 2017: René Rast secured the championship title in the DTM, where he participated for the first time in a full season and Spark delivered the matching miniatures. Rast repeated its success in 2019 and once again it was the label Spark that received the license to produce the master car from Audi. Of course, this also applies to all other RS 5 DTM's in the starter field, but it is the models of the champion that should be on mind today. They are now available in the typical dark gray advertising packaging for Audi under item number 5021900331.

Born in 1986 in Minden, René Rast wrote a piece of motorsport history with his win the DTM 2017: The German secured the title in his first full DTM season - that the Italian Nicola Larini had last succeeded 24 years earlier. Rast is only the seventh driver in the history of the popular touring car racing series to win the prestigious title in his rookie season. Rast had only contested three DTM races before the 2017 season: in July 2016, he literally jumped in for Adrien Tambay overnight at Zandvoort in Audi Sport Team Rosberg. Without any preparation Rast left such a good impression that he was allowed to represent Mattias Ekström at the 2016 finale in Hockenheim. Rast finished sixth in his second DTM race, earning himself a place in the championship.

In 2018 he finished the DTM season as runner-up. Not only René Rast with his second driver title, but also the Audi Sport Team Rosberg with the second team title since 2017 can conclude 2019 and thus the 33rd season of the DTM and the 20th since reestablishment of the series in 2000 as the most successful pairing. It was also a very successful season for the brand itself: Audi dominated the first year of the new turbo era in the DTM and won all three championship titles! Since 2019, modern and highly efficient turbocharged engines have been used in the Class 1 racing cars of the popular touring car racing series. They make the DTM the fastest since its founding. At the same time, the racing series - just like the Formula E in the field of electromobility - receives a stronger connection to the series development.

Worthy of the champion: Made by Spark

In the series development of 1:43 modelcars for motorsport, Spark is at least at the same high level as the role models from Ingolstadt. The team around company founder Hugo Ripert once again delivers an excellent proof of high-quality work with the Audi RS 5 DTM of Rast. The 2019 miniatures take perfect account of the changes made to the vehicles of the previous year: a look at the replica of the spoilers and splinters on the front, as well as the design of the sill and diffuser show how much attention to detail the makers of Spark developed to put the small racing cars made of resin plastic on the wheels. It therefore goes without saying that the appearance of the prototype has been perfectly transferred to the model. A detailed interior completes the overall impression. A modelcar that does justice to a double master.

Here: Click to the miniatures of the Audi RS 5 DTM 2019 René Rast