Four modelcars of the first Formula 1 car, which had won with a rear wing, delivers the small series label in scale 1:18 and strictly limited 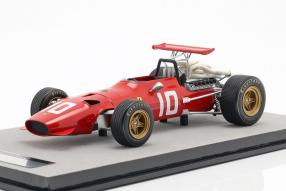 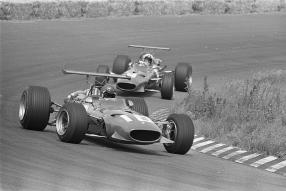 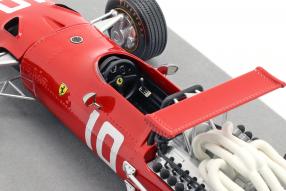 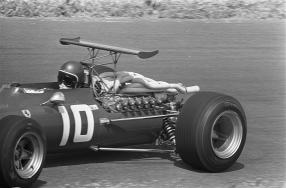 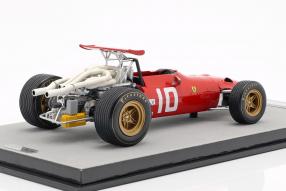 Tecnomodel is known among the modelcar fans for a long time as a small series manufacturer, which offers first-class miniatures to the last detail after their role models and especially historical Fromel 1 ones. Last week week, four miniatures of the Ferrari 312F1/68 in 1:18 reached us. This car was the first Formula 1 racing car with rear wing, which had won a race. Specifically, that the race was in the French Rouen, the Grand Prix of France 1968, after its finish, Jacky Ickx visited the top of the podium. The limited edition of 280 pieces modelcar made of high-quality resin with the item number TM18-132A and the starting number 26 were added three more versions: One in the decoration of the Grand Prix of the Netherlands in 1968, of the Belgian with the number 10 (TM18-132B, 155 St.) as well as the Germany run finished in fourth place.

At the time, Ickx competed at the Nürburgring with the starting number 9. The modelcars are limited to 165 copies (TM18-132C). With the Ferrari 312F1, the Scuderia Ferrari participated from 1966 to 1969 in the Formula 1. A look back in time tells us about the new rules in the premier class, which allowed a doubling of the displacement to 3.0 liters: the "3" in the number stands for the size, the "12" for the number of cylinders. These are the sophisticated made miniatures particularly good, because the engine remains completely undisguised. The flare of the exhaust system is a masterpiece in model making. The fact that the gearbox and the container are just as clear, completes the excellent impression that these modelcars leave with the collector. In the expansion stage of its debut in 1966, the drive made about 243 kW / 330 hp.

After the defeat at the 24 Hours of Le Mans in 1966 against Ford, Ferrari strengthened the commitment in Formula 1. But the 312F1 was too heavy, the engine for that too weak. A circumstance that was not a hindrance on the fast course of Monza and resulted in the first double victory of the 312F1. In 1967 the chassis was optimized, the engine improved. Nevertheless, the season was not successful; in Le Mans the Ford GT40 dominated again. In 1968 Ferrari renounced the participation in the sports car world championship. Although Lotus has introduced the rear wing in Formula 1, but Jacky Ickx was the first to win with this component. This, too, has been technically well modeled by Tecnomodel and has carefully reduced the struts on which the wing rests. Incidentally, the same applies to the fourth model: Derek Bell drove the starting number 7 at the USA GP 1968 (TM18-132D, 120 pieces).