We start the new week with a particularly nice model car of the series 964 from CMR. The eighth generation of the 911 is comming 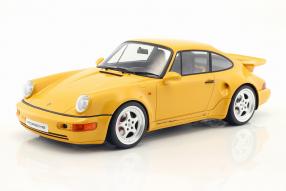 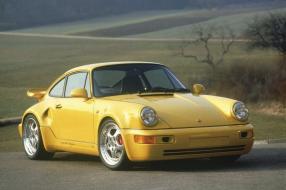 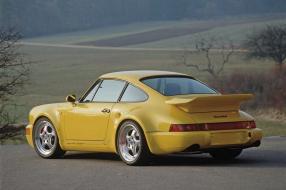 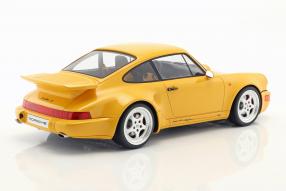 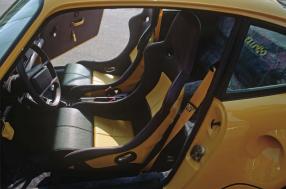 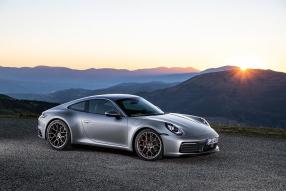 CMR has delivered the model car of the Porsche 911 Turbo S 3.3 lightweight of the series 964 and should therefore delight the friends of the trendy large scale 1:12; the same scale of which the small series label with the Porsche 935/78 "Moby Dick" won the second place in the choice for the "Supermodel of the Year " of the magazine Modellfahrzeug.The speed yellow modelcar, made out of high quality Resin plastic, corresponds to the look and the feel, exactly like its role model, reminds us of a time when things were not going so well for Porsche. Just today, on the day of the 8th generation presentation of the Porsche 911 in Los Angeles, many fans remember the luckily survive from lean years of the brand. But as difficult as they had been, they produced wonderful nine-elevens, just like our lightweight Turbo S 964 series.

In the 1980s, after 15 years of production, the G model proved to be the end of its technical and commercial possibilities. Although not many things have changed on the outside - at first glance, only the bumpers were new at the 1988 presented 964 - the follower was reinvented. With the all-new alloy chassis with MacPherson struts at the front and coil springs at the rear, Porsche first took into account the interests of buyers seeking more comfort. Power steering and ABS became standard; the new 3.6-liter engine got a double ignition with knock control and a regulated three-way catalyst. For the first time, a four-wheel drive moved under the fully galvanized sheet metal of the Porsche 911. The new full-fairing of the car floor resulted in an air resistance coefficient of 0.32.

Until 1988, the fixed rear spoiler became replaced by an extendable version. The bottom of the Porsche 964 was fully enclosed, which significantly improved the top speed. A 964 with 185 kW / 250 hp achieves the same top speed of 260 kilometers per hour as the 37 kW / 50 hp stronger Porsche 911 Turbo (Type 930, G model) from the previous generation. The 911 Turbo on the basis of the new 964 came with model year 1991 on the market. In this model, many features of the old turbo model Porsche 930 were adopted. For example, the wide front and rear fenders and the fixed large rear spoiler were found. Powered by the proven 930 engine, the engine's power was increased to 235 kW / 320 hp with improved engine control and a 30 percent larger intercooler.

The ancestor of all GT2 was manufactured by the Porsche Exclusive Manufactory in an edition of only 86 copies. The 3.3-liter engine of the turbo was optimized and made in the end 282 kW / 381 hp, so 61 hp more than the starting version. The weight was reduced by 180 kilograms. Due to the lightweight, power steering, power windows or air conditioning, central locking and rear seat were deleted. Doors, bonnet and boot lid were made of expensive and then untried carbon fiber. All this drove the purchase price of the Porsche 911/964 Turbo S lightweight construction to 295,000.00 DM. A very exclusive sports equipment, for which CMR offers us a fascinating model car that fits well with the 1: 12th of the 911 from Minichamps.