For the occasion of the start of the new season, the two drivers of Red Bull Racing met a street artist, while Minichamps delivered the year-old cars in 1:18 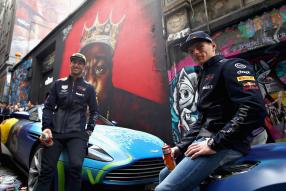 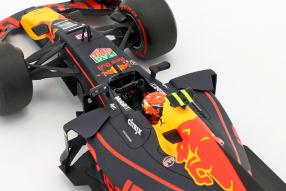 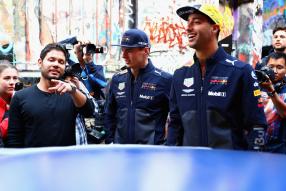 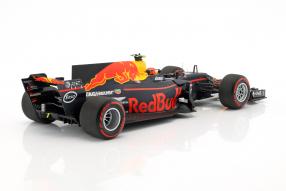 So, friends, let's go: Minichamps delivered a year after the race in Australia suitable model cars of the official cars from Daniel Ricciardo and Max Verstappen: The miniatures are held in the format 1:18 and each weigh 850 grams, so have been made of diecast. That the appearance of the models fits and the proportions as well as the lines match the model, is what we expect from Minichamps. Ricciardo could not finish the race on March 26, 2017; Verstappen finished fifth at Albert Park. In the overall standings, the two red bulls finalized the season in reverse order. Daniel finished fifth with 200 points, Max sixth with 168 points. In the Constructors' Championship, the RB13 secured third place for Team Red Bull Racing with 368 points.

And today, before the weekend of the first race of the 69th Formula 1 World Championship, we get to know the two racers from a completely different angle: Max and Daniel were on the occasion of the race in the Albert Park of Melbourne as a sprayer. They put her personal stamp on an Aston Martin DB11. This is not by chance, because the British sports car manufacturer and also English racing team have entered into a cooperation for the 2018 season, in which Aston Martin acts as the name sponsor of the team. Daniel Ricciardo and Max Verstappen met with street artist Julian Clavijo on 21st March in a graffiti-ridden part of Melbourne, Hosier Lane; Of course, one or the other question was answered.

Ricciardo and Verstappen in Melbourne

Audience favorite Max Verstappen was asked the first questions. Whether it's good to be back in Melbourne, Red Bull wanted to know about his driver: "I enjoy Australia every year, hopefully the weather will be good until Sunday! I love the city, it's a very relaxing environment." The racing driver, born in Hasselt, Belgium, on 30 September 1997, sees the two teams facing him last year as the biggest rivals: "Sure, Ferrari and Mercedes will be strong, and maybe McLaren and Renault will come closer, we'll have to wait and see what happens will happen." In the good understanding that exists between Verstappen and his colleague Daniel Ricciardo and the team, the Belgian recognizes the power to continue to develop the car with big steps.

And how does Daniel Ricciardo see the start of the season? Does the Australian, who was born on July 1, 1989 in Perth, feel comfortable performing at his home race? "It's good to start the season, I feel bored in the off-season." The training in the winter season, he found too long. And for 2018, he hopes to improve his chances of progressing further. He views Melbourne as a great city. He would like to mix with the tourists coming from the race. He is looking forward to the great hype surrounding the race in Australia's sports capital: "The rapidly changing weather is always causing a stir.” Ricciardo, like his team-mate, sees Mercedes-AMG F1 and the Scuderia Ferrari as the biggest opponents. We'll see on Sunday afternoon if that's true.

Click here: for the new model cars of the RB13 in 1:18 from Minichamps