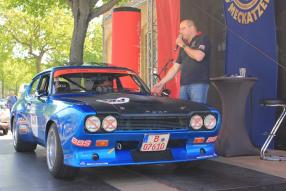 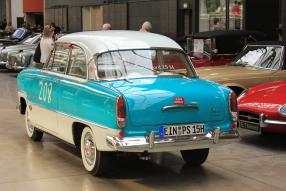 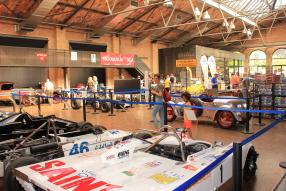 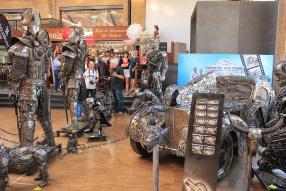 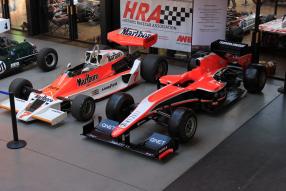 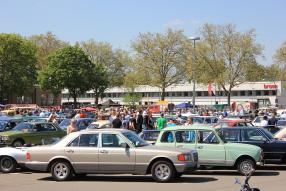 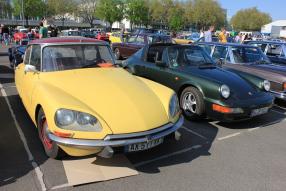 Better it could not have been better, the weather last weekend: With up to 27 degrees celcius, the sun beating down from heaven and shinning so on grounds of Classic Remise at Wiebestraße for a touch of sommer holiday feeling. The organizers around Center Manager Yvo Konzag had blocked the entrance to the former tram depot and assigned to the function room. This and a neighboring company parking lot gave room for some 15,000 visitors who wanted to witness the start of the season at first hand in the classic cars season. To those was offered a lot, because host Jan Wolf presented many of the 1,500 vehicles in person and talked about them with a rich knowledge - he knew to present with an incomparably entertaining way.

On the forecourt of the visitors expected a parts market, which had not only some rare instrument, but also food and drink to offer. Automobilia, books, pins and model cars pre-owned could be viewed in peace in a good mood of vendors present, because the large number of visitors lost to the oversized event grounds. Also inside the lovingly restored complex, there were no traffic jams or rush; only the cake buffet was sometimes getting no free space. Much attention was also knickerbockers, goggles, hoods and caps for convertible drivers, which showed the company Retronia from Berlin alongside the spray trousers and dresses for the ladies under the convertible friends in the Classic Remise.

have sculptures from scrap metal in life-size and detail that people, animals or cars or motorcycles as a model that showed the issue of "giants from steel": Something martial went next door to. For 11 years this custom craftsmanship enrich various events. Granted: The author of this blog post they have made little scared, because they remind in their look at the end-time films like "Mad Max" from the cinema. but starred in the Classic Remise Berlin were the cars; even some of the Formula 1 of the visitors could visit because the German Technology Museum supported the weekend at the Wiebestraße.

Star of the show was the Marussia Formula 1, with Max Chilton and unfortunately died prematurely Jules Bianchi took part in the 2013 season. Its 552 kW / 750 PS draws the Cosworth-V8 2.4-liter and 18,000 revolutions per minute. The maximum speed of the modern single-seater is given as 350 kilometers per hour. Included driver and ballast, the weight 642 kg. A lightweight so compared to some other car that blinked on the 29th Oldtimer days in the sun. Cars of mark Porsche dominated the meeting in addition to those of Mercedes-Benz. Old SL of series W 121 B II and R 107, the predecessor of the current S-Class coupes and sedans unforgotten of the type W 126 were guests.

The Classic Remise Berlin Opened in 2003 in the so-called Wiebe halls in Moabit district. The building was built from 1899 to 1901 and used under the name depot Moabit as tram depot. Earlier this depot was with more than 10,000 square meters of usable floorspace the largest of its kind in Europe. Today the total area of ??the Classic Remise Berlin comprises about 12,000 square meters, on which 88 Einstellboxen for private automotive rarities are. And our shop, where many regular customers and friends of our house dropped by and visited each promotions for DTM and the latest innovations in detail. In an atmosphere marked by attention to model car and the known great hospitality towards the customers.

Ravings around oil and candles

The Friends of the cult brand Citroën got their money. Citroën DS in many colors and states gathered alongside classic Porsche romantic escapade with ultramodern cars: Tesla participated with a Model S at the weekend and answered questions on electromobility. The most beautiful at the event, however, was to listen to people in passing that participated with their cars at the show. The passion radiated from their hearts and thus with the sun in shining: was talking shop about the correct engine oil, the correct spark plug and the smooth running of the old engines without the Friends of the oldies were tired of raving about the exits with their car. So much love around the old baby could be felt: Almost one wished to be a classic car itself.

Tip: For more impressions also from our shop, in the video above. Have fun!