We promised you, dear reader, to be there for you at Europes largest classic car show. We kept this promise and here are a few impressions. 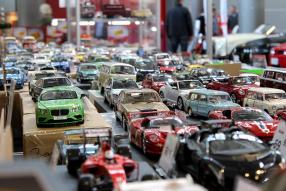 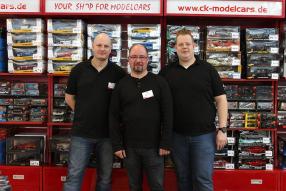 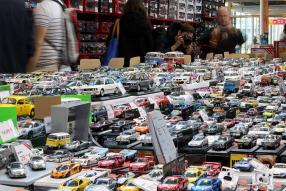 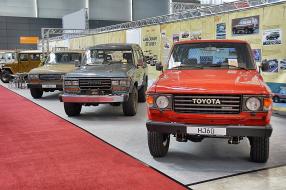 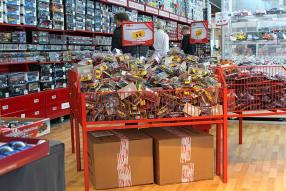 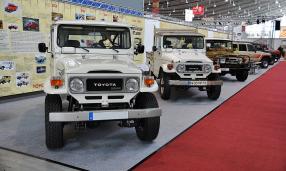 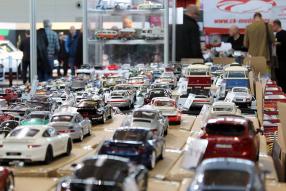 A tour of the Retro Classics 2016 summarize at this point, that would just overwhelm the capabilities of our blogs: 3,000 vehicles and 1,400 exhibitors are not to be described at this point. But in a very special status we want to make you passionately attentive, namely ours, we have built on stand 4B01 right in the entrance area of ??Hall 4 for you. A look at the images and embedded earlier in this article Video can perhaps imagine that this structure is not just so happened, but a lot of work behind it. Many car models are, who know many of you also from the blog - has as the Bentley Continental GT in Apple Green, for example, the GT-Spirit just been published.

But we have packed a lot Vintage model car of the Ferrari F50, the Formula 1 from the same house, several Mini Clubman from the period far before 2000, BMW 528 or newer models to Lykan Hypersport from the movie "Furious 7" - there are up to the current VW Golf VII of Norev nothing we would not have in store for you; Included nice promotions from 5,00 Euro. Most importantly, of course, is in Stuttgart, to have a wide range of Porsche models here. That was a very important point to which we have been received with a great deal with miniatures classic 911 to the new 991 / II Herpa for us. Porsche, a big issue for us at the Retro Classics. The most expensive 911 Messe crossing costs 357,000 euros.

As our models are then nevertheless much cheaper; the classic Mercedes-Benz 300 SL and 190 SL from the 1950s, and other models at different scales - with or without the star on the hood. Our tip: Be sure to stop by, because to Sunday 20 March, we are still there for you. Interesting course the major and minor classics of the Isetta to the Bugatti Royale Esders and the GM Futurliner. In the Alfred Kärcher Hall (Hall 8) to wood-gas vehicles, tractors, tractors or bulldozers provide the visitors. More for the Road but no less robust: The Toyota Land Cruiser is this year already 65. In the spirit of this anniversary is the image of the brand at the Retro Classics in Stuttgart.

Toyota and Peugeot at the Retro Classics 2016

With a 16-meter-long history wall and models of past decades worthy Toyota Germany and Buschtaxi.net, the largest European Internet platform based on four-wheel vehicles of the brand, the SUV icon. On display are also in Hall 8 Landcruiser different generations and series. The Land Cruiser J4 was built between 1960 and until 1986 who Landcruiser J6 followed from 1981 to 1990. The history wall also explains the history and development of the all-wheel model, which is built since 1951st The Land Cruiser was, for example, next to the Toyota Hilux the first motor vehicle, which has reached the North Pole. No wonder that the best vehicle now is synonymous with reliability and durability. But even the French Peugeot mix with.

The German Peugeot prewar Register celebrates its own tradition: At this year's Retro Classics, the register set up by Michael Cross pleased his 15th appearance at the South German classic car show. Since the start of the vintage vehicle show in 2002, the German Peugeot prewar registers was at every edition of the fair here. On a 140 square meter stand at the gallery in Hall 1 the Peugeot enthusiast present a total of 5 vehicles from the 126-year Peugeot story. Among an unrestored Peugeot 402 Eclipse with electrically retractable folding roof, a 402 Légère with Cotal gearbox and a Peugeot 301 sedan. The bridge to the presence marked a Peugeot 308 GTi, the. With 200 kW / 272 hp most powerful production Peugeot ever

The German Peugeot prewar Register currently has predominantly listed around 450 pre-war cars of Peugeot from the German-speaking countries. is supported the presentation at the Retro Classics of the Amicale Peugeot Germany, the umbrella organization of Peugeot classic car clubs in Germany. Retro Classics in Stuttgart fair is still open Saturday and Sunday 9:00 to 18:00. Day tickets cost 20,00 Euro; Happy Hour at 16:00 you pay 10.00 euros. We wish you much fun with your visit to the fair and the visit to ck-model cars. Creates You do not come to Stuttgart, then Browsed but once extensively through our blog, because one or the other classics will you meet at this point.


We wish you a nice weekend in any case, whether at home or at the Retro Classics!