In 2022, the DTM had started into its second season with GT3-cars. Two Porsche-teams competed there for the first time. 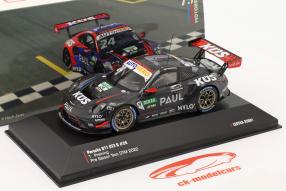 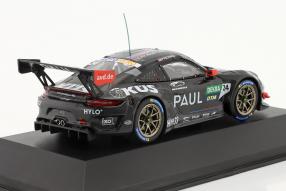 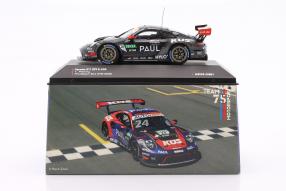 Among others, Thomas Preining in the Porsche 911 GT3 R by KÜS Team75 Bernhard.

After a difficult start of the season, Preining continued to improve. The Austrian celebrated his first major success at the Norisring in Nuremberg. With a strong qualifying performance, he placed himself on the front row of the grid and celebrated the first Porsche victory in DTM history in a chaotic race.

Preining described his success in the winner's interview as an "awesome day". "Even the qualifying was very good and in the race I missed twice on turn one, once by Kelvin van der Linde and then by René Rast," he recalls. "These are world-class drivers, so overtaking tastes that little bit better."

Preining also repeatedly demonstrated his skills at the following stages of the DTM. After a double podium at Spa-Francorchamps, he celebrated his personal highlight of the season with a home win at the Red Bull Ring.

Overall, Thomas Preining was the driver to beat from July to September. With two wins and two more podiums, the Porsche works driver scored more points than any other driver in the field.

What did that mean for the title fight? Before the final weekend in Hockenheim, the Austrian, who was fifth in the championship as the best Porsche driver, still had a theoretical chance of winning the championship. But in the first race there were several serious accidents at the restart after a safety car phase, including those involving Preining and Dennis Olsen, for whom the season ended prematurely in this bitter way.

At the pre-season test at the beginning of April at the Hockenheimring, Preining's Porsche was still in a subtle black design - even then with the logo of ck-modelcars. The partnership with Timo Bernhard's team has existed for years. The logo was always visible on the vehicles in the ADAC GT Masters.

The test vehicle is the symbol for the kickoff of Thomas Preining's DTM adventure. Manufacturer Ixo, who released the car in scale 1:18, also knew this. Exclusively for ck-modelcars and in the usual high quality, of course. 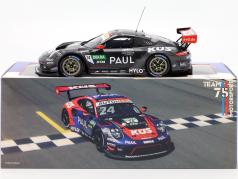 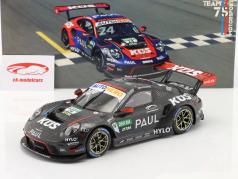