At the 24 Hours of Le Mans in 2019, the pinnacle of the World Endurance Championship, the #56 Project 1 Porsche 911 RSR sported a unique livery by contemporary artist Richard Phillips. 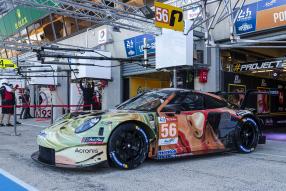 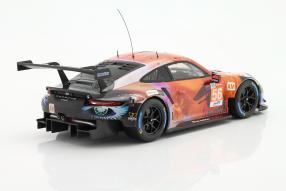 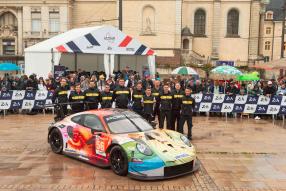 From this, the idea of a complete vehicle design, which was implemented in 2019 arose. The special challenge for the artist was that the design, despite the distance between the spectators, the speed and the fact that the race took place both during the day and at night, was sufficiently effective. The motif of a female face with sunglasses, which was also found on the team's racing suits, was just one of the eye-catching design elements of the vehicle.

All facial details were greatly enlarged parts from the American artist's best-known works to date. Probably the most striking motif of the Porsche are the almost laser-like eyes on the rear, which – mounted directly below the headlights – not only reflected the light from the rear lights, but also that of the approaching vehicles. An effect similar to the irritation found in the animal kingdom to deter predators.

But regardless of whether it was due to the eyes or just the outstanding team performance - together Egidio Perfetti, Patrick Lindsey and Jörg Bergmeister managed to drive the motorized work of art in the 24 Hours of Le Mans in second place in the LMGTE Am class . After the initially victorious Ford GT in this class was disqualified for violating fuel capacity regulations, the Project 1 team and their artistic Porsche were declared class winners. If you want to get an idea of the numerous details of the winning car, the replica from Ixo in scale 1:18 is just the right model.

[22.09.2022] Alfa Romeo's long and thoroughly successful history in the DTM in different designs from the label Werk83 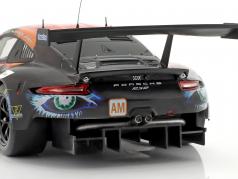 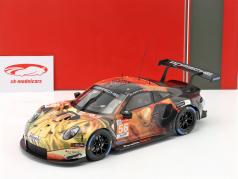