The Capri is one of Ford's cult cars - not only because it was an affordable street sports car at that time. Also the commitment to racing has made the Capri an icon. Especially in the German Racing Championship he achieved fame and glory. 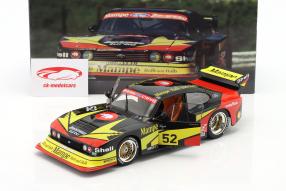 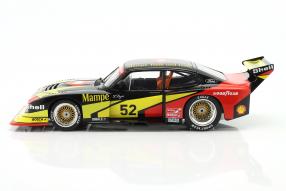 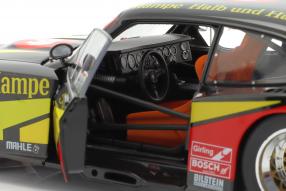 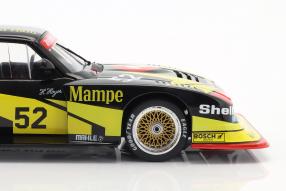 Especially the widened and turbo-charged verision of the later Capri-era are still sensational eye-catchers in historic racing and recently also in modelcar showcases. WERK83, a label of ck-modelcars, released the first Turbo-Capri from 1978.

The Turbo-Capri had its debut on the big stage. The German Racing Championship drove on the Hockenheimring in 1978 as part of the Formula 1. In front of this backdrop, touring car legend Hans Heyer immediately put the car on pole position with an impressive lap. Even though Heyer dropped out in the race, the Ford Capri was once again on the road to winning ways.

He was already there at the beginning of the 70s. After the first tests of the racing version in 1969, the later Formula 1 driver Jochen Mass won the German Circuit Championship in 1971 with a Capri. In the following year, Hans-Joachim Stuck celebrated the championship title in the premiere year of the subsequent series, the German Racing Championship.

After that, the Ford Escort initially dominated the (GRC) DRM. From 1973 to 1976, the team Zakspeed Racing won four titles in a row. But with the subsequent switch to the much more heavily modified touring cars of the Group 5 regulations, Ford and Zakspeed no longer stood a chance - until the team of Erich Zakowski and Hans Heyer approached with their Turbo-Capri.

Very few parts of the Ford Capri Turbo came from the production car. A silhouette with plenty of Kevlar parts stuck over the frame made of light-alloy tubes. The aerodynamics of the vehicle, which is only 1.15 meters high, was tested with a 1:5 model in the wind tunnel of the TH Aachen. The basis for the turbo engine was the British 1.3-liter production four-cylinder from the Escort, from which Zakspeed squeezed 380 hp.

After the impressive premiere in Hockenheim, Hans Heyer achieved three further pole positions. Suitable for the finale on the Nürburgring, the durability of the Turbo-Capri was good in the race and the man from Moenchengladbach won for the first time.

That was the start. Harald Ertl switched from BMW to Ford as the reigning champion. From 1980, a version with a larger displacement took on the powerful Porsche 935 and in 1981 Klaus Ludwig finally managed to win the title in the German Racing Championship. The Capri Turbo has a total of 39 victories, more than any other Group 5 car in the German Racing Championship.

The very first Ford Capri Turbo, with which Hans Heyer and Zakspeed Racing debuted in 1978 at the Formula 1 Grand Prix in Hockenheim, was released by WERK83 as a model in scale 1:18. The car has steerable front wheels, opening doors and a faithfully reproduced interior. 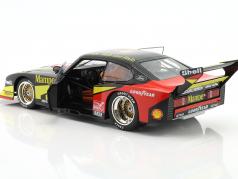 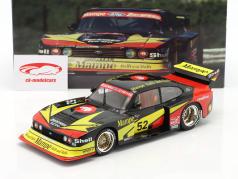