The endurance sports has exciting times ahead. The 24 Hours of Le Mans will increase significantly in the next years. 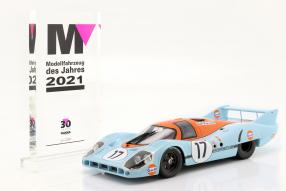 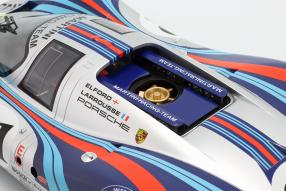 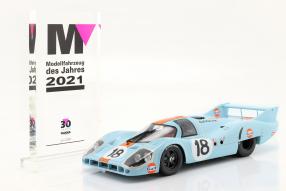 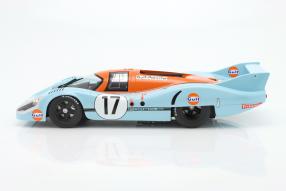 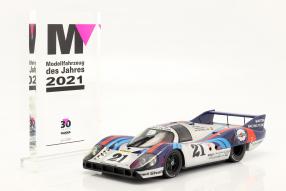 Due to new regulations, several well-known manufacturers join the fight of the probably most prestigious victory in sports car racing - among them also Porsche. In June 2022, the 963 was presented, which should achieve the 20th overall victory for Porsche in Le Mans.

The 963 has a difficult legacy to take on. His predecessors left him a total of 19 successes and made Porsche the most successful manufacturer at the Sarthe. And quite a few racing vehicles that the team from Zuffenhausen entered into the race at Le Mans have legendary status. This also includes the 917, Porsche's first Le Mans winner.

But it is not only the triumph rides that make the 917 so special. It is also about the diverse variants, because the car had competed in different configurations - in Le Mans as well as at other competitions. In 1971 there were also three long tail versions at Le Mans, the so-called Porsche 917LH. The three models from manufacturer CMR are almost 40 centimeters long in the impressive scale 1:12 and were voted "Model Car of the Year 2021" in their category in the readers' election of the specialist magazine "Modellfahrzeug". The three Porsche 917LH are available exclusively in the ck-modelcars shop and are a decorative reminder of a historic year at the 24 Hours of Le Mans.

With their victory – the second for Porsche – Helmut Marko and Gijs van Lennep set a new distance record in 1971. It was only to be broken by Audi in 2010, by the way with the Germans Mike Rockenfeller and Timo Bernhard at the wheel. Markos and van Lennep's winning vehicle was a Porsche 917K with the short rear end. The three Porsche 917LH, on the other hand, were aerodynamically designed for maximum speed and reached top values of almost 390 kph on the Hunaudières straight, which was still driven without chicanes. One of the cars set a new record lap in practice.

The 917LH in Martini-design with starting number 21 was driven by Vic Elford and Gérard Larrousse, who would go on to win twice with Matra in subsequent years and was Grand Marshall at the most recent Le Mans edition in 2022. The other two cars wore the legendary Gulf outfit. The number 17 car was driven by the Swiss Jo Siffert, who had a fatal accident a few months later at Brands Hatch, and Derek Bell, who later won five Le Mans races. The teammates in the number 18 car were the Mexican Pedro Rodríguez, who had won three years previously with the Ford GT40, and the Brit Jackie Oliver, who still managed the Arrows Formula 1 team after his racing career.

None of the three Porsche 917LH had seen the finish flag in the race. In general, only 13 cars were judged. Nevertheless, the cars from Zuffenhausen are real icons for Le Mans fans - simply because of the many special features of the 1971 edition. In addition to the records, the final omission of the controversial Le Mans start, which was replaced by the rolling start that is still common today, was remarkable. And the legendary "pig", the piggy-pink Porsche 917, was also part of the starting field at the time. 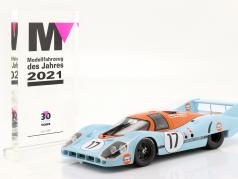 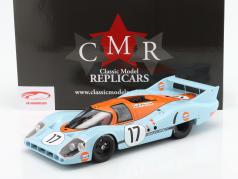 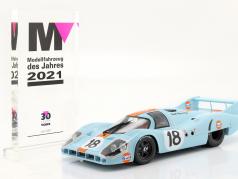 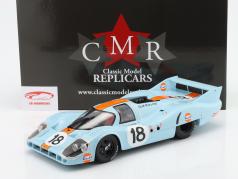 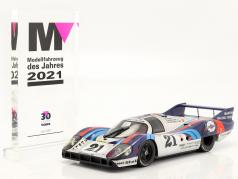 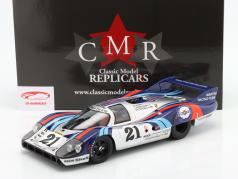