19.04.2022Ford Capri Turbo: WERK83 brings one of the most successful Group-5 race cars on the market

There are not many names, which mark the motorsport for years as the family Zakowski. They always develop legendary race cars under the name of their team Zakspeed. 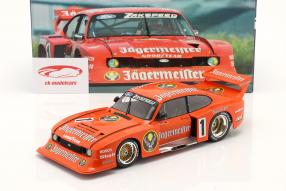 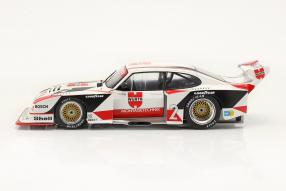 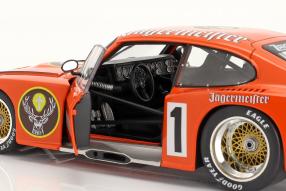 And this also applies to the Ford Capri Turbo under the direction of Erich Zakowski in the late 1970s.

The Ford Capri Turbo had its first race in 1978 as part of the German Race-Sport championship of the Formula 1 Grand Prix in Hockenheim. And right at the start, Hans Heyer put the car in pole position. With this, an era began that still inspires fans and enthusiasts to this day.

Klaus Ludwig celebrated the greatest success of the just 1.15 meter high racer three years after its debut in 1981. That season Ludwig dominated the Division 2 of the German Racing Championship. In 13 races he started 13 times from pole position and achieved ten wins and ten fastest race laps. With that, he confidently crowned himself champion in the Würth-branded Ford Capri.

In the following year, Klaus Ludwig went again to the start with Zackspeed in a Ford Capri Turbo. This time, the Capri shone in bright orange of the known Jägermeister design. Although Ludwig could not continue the successes from the previous year, the third place at the end of the championship was still a very good result.

In 1983, however, the era of the Ford Capri Turbo ended after five and a half years. It is the most successful car of all times with 39 overall victories in the several classes of the DRM.

The manufacturer WERK83 has focused on these historic vehicles and is bringing them to the market as high-quality models in scale 1:18. Alos the Ford Capri Turbo was immortalized in two models. On the one hand Klaus Ludwig's championship car from 1981 and on the other hand the Ford in Jägermeister design, with which he took third place in the championship in 1982. Both models are made of diecast and have opening doors. 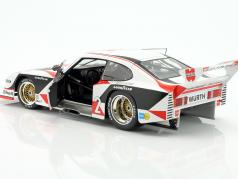 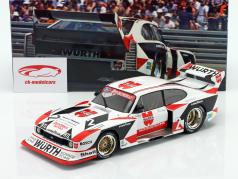 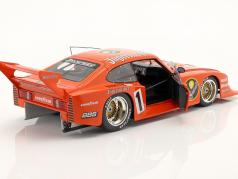 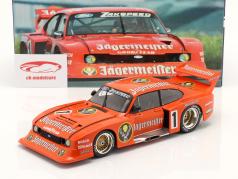