28.03.2022The Mercedes-Benz AMG Vision GT. A super sports car with proper view to the future, which should be familiar to fans from the simulation game Gran Turismo 6 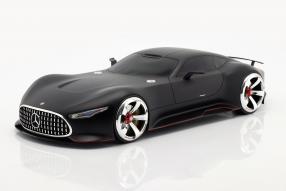 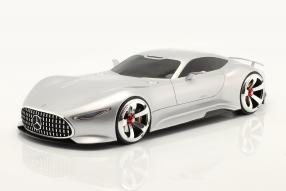 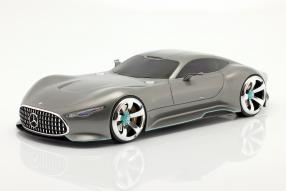 In 2013, the study Vision GT Turismo of teh Mercedes-Benz AMG GT was presented at the LA Auto Show. Originally the car was designed for the racing game Gran Turismo 6. However, a luxury company from the USA, which had also built the street-legal Batmobile that was current at the time, announced that it wanted to set up the design study. 5 copies of the super sports car, which uses the SLS AMG GT as a basis, were planned. It is hardly surprising that with this look and the effort behind the production of only 5 vehicles, the price tag carries a price of 1.5 million dollars. There are also around 200,000 dollars to provide the SLS AMG GT as a basis. The label Schuco has now released the super sports car from Mercedes as a model in scale 1:12. Due to the scale, the resin model is almost 40 cm long. Fans of the AMG GT Vision should therefore make room in their showcase. Schuco understood how to implement all the details of the futuristic AMG GT in the model. The LED radiator grille, the impressive headlights and all the lines that make the AMG Vision GT so special.

The study was created at the request of Gran Turismo creator Kazunori Yamauchi. He had asked all manufacturers involved in the game to create design studies with a view to the future of the game. These should all run under the motto "Vision Gran Turismo". On the one hand, the Mercedes Benz AMG Vision GT is a super sports car. On the other hand, it is also a show car. This becomes clear from the many details that Mercedes came up with in the design study. For example, the slats in the radiator grille around the massive Mercedes star are not real slats, but individually switchable LEDs. This makes it possible to display graphics as switchable LED images on the radiator grille. The interior is designed no less intensively than the exterior. All the signals that the design sends stand for motorsport. Among other things, the sports integral seats as racing shells, which are intended to keep the driver in place during the enormous propulsion of the AMG GT. The instrument panel is made of glass and appears to almost float above the steering wheel in the driver's field of vision. The steering link is a bit reminiscent of the setting in Formula 1.

If you take a look at the exterior of the AMG Vision GT, one can find the well-known sports car proportions, which embody Mercedes. For the study, however, these forms were intentionally exaggerated and appear even more extreme than one might have been used to in the past. The bonnet is extremely long and merges into a rear that is supported by broad-looking "shoulders". Since it is a carbon fiber body that is placed over the base SLS, the weight is reduced by a whopping 90 kg. In connection with the 585 hp and the resulting weight of 1385 kg, the super sports car achieves a very impressive value of 2.4 kg per hp. The eight exhaust pipes integrated in the rear give an idea of the sound that the powerful 6.3 liter V8 of the SLS can develop through them. The sprint to 100 kph should take place in just 3.7 seconds. The top speed is 320 kph. The AMG ceramic high-performance composite brake system ensures that the Vision GT is slowed down to the optimum speed through every bend. 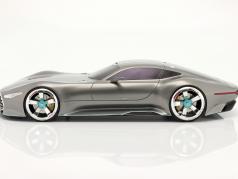 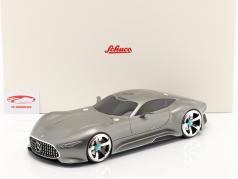 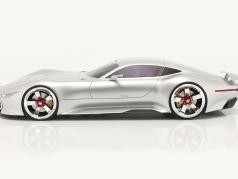 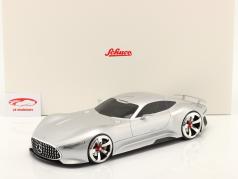 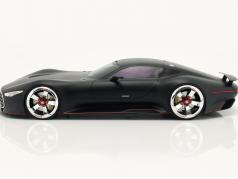 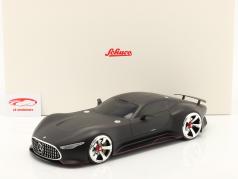