There are teams that belong to the Nürburgring Long Distance-Series almost the same like the Nordschleife. One of these teams is Falken Motorsport without any doubt. For more than 20 years, the team is racing in the "Green Hell" in the eye-catching mint-blue design. 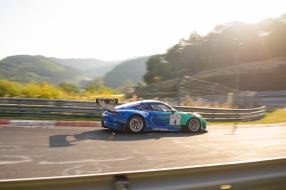 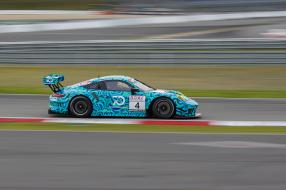 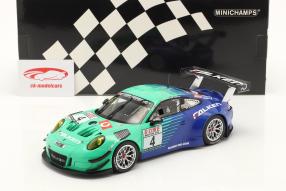 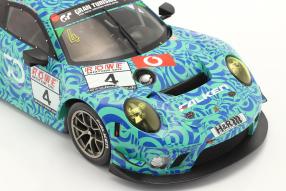 The history of Falken Motorsport, whose use is managed by Schnabl Engineering, has some successes to tell. But without any doubt, the year 2018 is the most successful of the more than 20 years team history. And from this season in the Nürburgring Endurance Series, there are now two modelcars in scale 1:18 that will capture this success forever.

Quick review: In 1999, the Falken Motorsports team appeared on the Nürburgring for the first time. As the team name suggests, the focus has been on the development of racing tires from the Japanese manufacturer Falken right from the start. After starting with Toyota Supra, Nissan Skyline and Mitsubishi Lancer Evo, the team switched to Porsche in 2011. Despite a large number of good results and podium finishes, the team was denied a very big goal for a long time: overall victory in the Nürburgring Endurance Series. This series was broken in 2017, but not by the well-known Porsche 911 GT3 R, but by the BMW M6 GT3, which was used at the same time at the time.

And so it took another year until the well-known and popular Porsche with the #4 crossed the finish line first for the first time in the team's history. This win was more than deserved. After second place in qualifying, Klaus Bachler took the lead right at the start and set the fastest ever race lap on the second lap with a time of 7:56.259 minutes, which lasted until 2021. The Austrian duo held the lead until the finish line and so Klaus Bachler and Martin Ragginger celebrated the more than deserved first victory of the Falken-Porsche. The perfect team result was rounded off by second place for the Falken Motorsport BMW.

After the victory at the sixth round of the season, the next highlight followed two weeks later. Falken Motorsports was the first customer team to test the new Porsche 911 GT3 R announced for 2019 on the race track. The new design was particularly striking. The team remained true to the color combination of mint and blue, but unlike usual, the colors were incorporated into a camouflage design with which the new development car had previously been used at the factory. Since the new vehicle was only eligible to start in the special class SP-X, which is not able to win due to regulations in the pit stop time, the use was a pure test race, which Martin Ragginger, Nick Tandy and Laurens Vanthoor still did with a top 10 result finished presentable rank.

Both models are available in scale 1:18. The winner car from VLN 6 is limited to 150 pieces by the manufacturer Minichamps and has steerable front wheels in addition to the true to detail processing. The model is availalbe at ck-modelcars for 129,95€ (item number: 153186994). The model from VLN 7 in camouflage-design from manufacturer Ixo is produced in high quality exclusively for ck-modelcars and offers the perfect compement with its eye-catching design to the models in the classic Falken-design. The price for this model is 70,95 € (item number: LEGT18034). 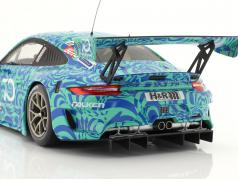 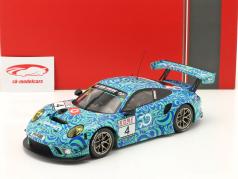 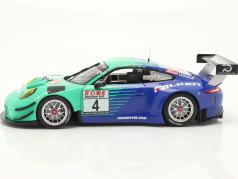 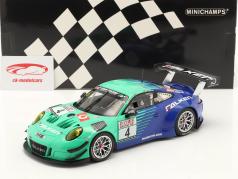