18.03.2022Minichamps presents the limited GT2 RS MR and GT3 RS MR from Manthey Racing including the car with which Lars Kern drove a record lap on the Nordschleife 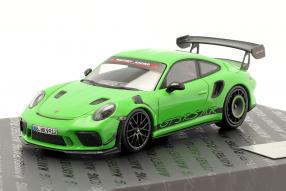 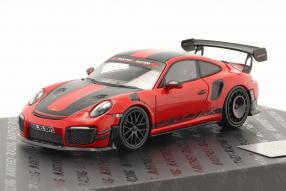 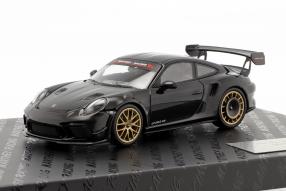 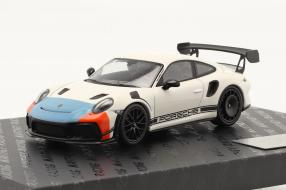 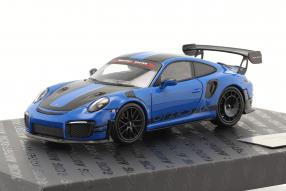 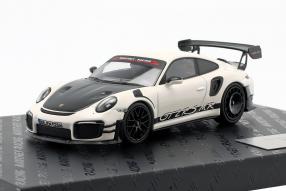 Who is thinking about Manthey Racing automatically thinks about Porsche and the seven overall victories at the 24-Hour-Race on the Nürburgring. The vehicles that we want to present in our blog today are from this successful motorsport team. It is the Porsche 911 (991.2) GT3 RS MR and the Porsche 911 (991.2) GT2 RS MR from the label Minichamps in Manthey Racing Design. Some of you will have already seen the models in our catalog 1/2022, where they are each presented in three versions. The GT3 RS MR is available in black with gold rims, green with black rims and white with black rims and light blue/orange racing livery. The models are limited to 200 pieces each and numbered. These are official Manthey Racing products that come in a collectors box. The GT2 RS models are available in blue with black rims and in white with black rims. The crowning glory here is the model of the GT2 RS in red with black rims, with which Lars Kern completed the Nordschleife in record time. In addition to the models in white and blue, which are also limited to 200 pieces, the GT2 RS MR in red is limited to 300 pieces. Here also, the individually numbered, limited models are delivered in the Manthey Racing collectors box.

It was Manthey Racing and Porsche, who sent the fastest street-legal vehicle to the "Green Hell" together with Porsche works driver Lars Kern. The GT2 RS was equipped with a Manthey Performance Kit. The power of the GT2 RS MR still was at 700hp, because a change in power is not scheduled with the Manthey Performance Kit. This includes modifications on suspension, wheels, aerodynamics and set-up. A Manthey Performance Kit has a proud price tag of almost 78,000 euros. If you don't want to do without the magnesium wheels, you even pay almost 95,000 euros. The company based in Meuspath at the Nürburgring, in which Porsche has held a majority stake since 2013, was founded in 1996 by Olaf Manthey. Today, the close cooperation between Manthey Racing and the GT department at Porsche is indispensable. 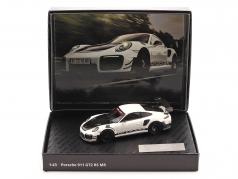 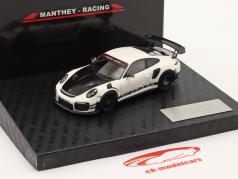 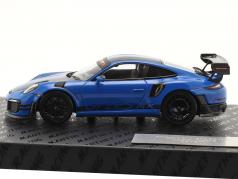 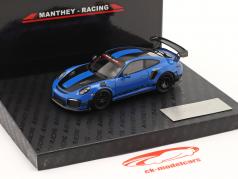 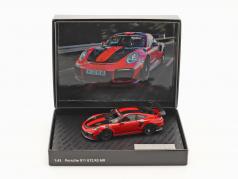 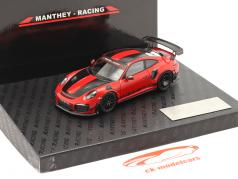 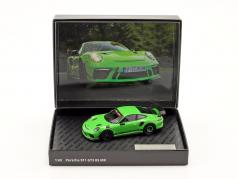 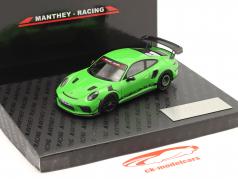 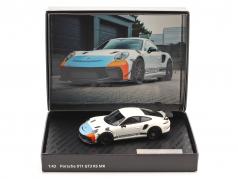 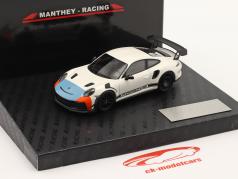 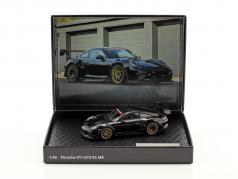 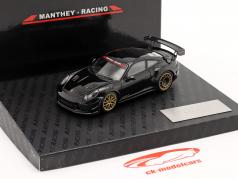