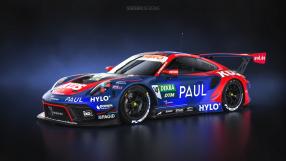 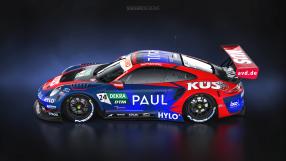 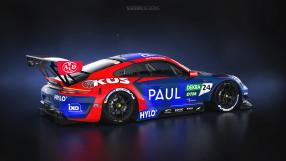 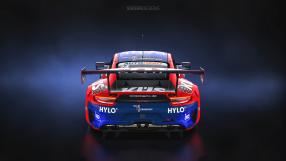 Nothing is good enough to be not improved. With this well-known wisdom in mind, the KÜS Team Bernhard from Landstuhl in the Palatinate is entering the DTM and DTM Trophy season with a refreshed or modified design. Following another wisdom that one should not change a successful team, partnerships that have been tried and tested over the years have been extended and intensified.

The existing partnership with the PAUL GmbH from Mannheim since last year has proved its worth and is going to be continued in the up-coming DTM-season and even further intensified. The company PAUL GmbH is a specialist for the digital transformation of the real estate industry. PAUL can use artificial intelligence to make existing buildings CO2 neutral. Since 2013, the team Bernhard has been working with the motor vehicle inspection organization KÜS, which is also part of the team name. KÜS is based in Losheim am See in Saarland, takes care of vehicle and road safety and, with its group of companies (Service GmbH, Technik GmbH, Automotive GmbH, Akademie GmbH and Data GmbH), sees itself as a full-service provider when it comes to safety. Last but not least, the cooperation with the drug manufacturer Ursapharm, which is represented with its brand HYLO on the Porsche racing cars from team Bernhard, will also be extended.

The visual appearance, the modified design of the 911 GT3 R with starting number 24, which Porsche works driver Thomas Preining will drive in the DTM, is clearly dominated by the two main colors blue and red. These not only result from the two colors of the main sponsors, they are also the basic colors of Team75, which formed as a father-son team. Red stands for father Rüdiger Bernhard, blue for son Timo Bernhard.

In order to use the charisma of the DTM brand, the two Porsche 718 Cayman GT4 RS used by the KÜS Team Bernhard in the DTM Trophy will also compete with the same design as the DTM cars and with the starting numbers 25 and 26.

Before the first outing on the racetrack, the new outfit will be on display in virtual sim racing on March 26th. The "Team75 Bernhard by SimRC" starts at the virtual 12h Sebring with the Porsche 911 GT3 R in the new Team75 design.

Team boss Timo Bernhard: “We are very proud that we will now compete as a team in the DTM. After we have already announced the program for 2022 and our driver Thomas Preining, it is something special to be able to present the new design for our racing cars. It is a clear evolution compared to the previous appearance. In the future, the two colors blue and red will clearly dominate. They not only stand for our main partners KÜS and PAUL GmbH, but are also the original colors of Team 75 Bernhard. Red is my father's favorite color, blue is my favorite. With this super synergy, the design is not only an eye-catcher, it also underlines the family origins of the troupe. In order to increase the radiance even more, we will also drive with this basic design in the DTM Trophy in order to increase the recognition value. It turned out very nicely and also emphasizes the partnerships that we have had for years now and with which we are on the right track.
The new design will be seen for the first time in e-sports using Team75 Bernhard by SimRC. A week later, Thommy Preining will show our Porsche 911 GT3 R on the track at the official DTM test in Hockenheim.”

[18.03.2022] Minichamps presents the limited GT2 RS MR and GT3 RS MR from Manthey Racing including the car with which Lars Kern drove a record lap on the Nordschleife