Common topics of conversation at the 24 Hours of Le Mans are vehicle concepts, classification and regulations. A look to the past shows that this discussion is by far no product of the years left behind, but have always belonged to this glorious race. 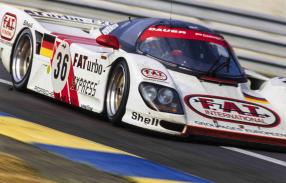 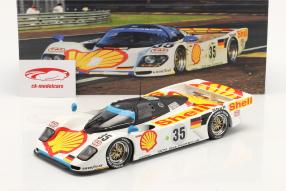 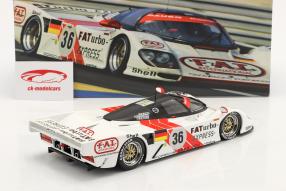 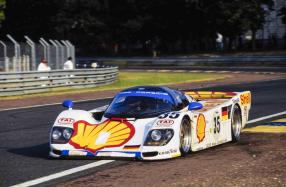 The winner car from the year 1994 provides a particular example, which has been produced as a model by our own brand Werk83. The Dauer 962 LM - a former Porsche 962, which should not have been developed from the point of view of the officials.

In 1993, it was the last year of the long-serving Group C-Protoypes. New categories were established to bring near-series models and their manufacturers to Le Mans. However, many of these super sports cars were just getting started. Thus one street-usable copy was enough for the homologation of a race version. And here was the loophole for the house of Porsche.

The entrepreneur and racing driver Jochen Dauer had already bought a number of Porsche 962 chassis in the early 1990s and converted them - with the support of Porsche - into street-legal super sports cars with a top speed of over 400 kph. A racing variant was derived from this for the 24 Hours of Le Mans. Although it did not correspond to the spirit of the regulations, it did meet the requirements. This meant that Porsche had good prospects at the 1994 24 Hours of Le Mans through a back door.

In the race, the two Dauer 962 LMs were slower than Toyota, who were hoping for their first Le Mans victory. However, the 962s were able to drive significantly longer stints. An hour and a half before the end of the day, the defective devil struck Toyota and the permanent team inherited a double lead. In the final phase, Toyota seperated the duo, but the victory went on. Hurley Haywood, Yannick Dalmas and Mauro Baldi won. Third place went to Hans-Joachim Stuck, Danny Sullivan and Thierry Boutsen.

Both Dauer 962 LM were produced by Werk83 from diecast in scale 1:18 and are exclusively available at ck-modelcars. For collectors to know: The two cars are adorned with different sponsor designs and can therefore be distinguished very well.

[02.03.2022] A twelve-cylinder from Maranello brings back the feeling of the 60s. Pininfarina's handwriting is unmistakable 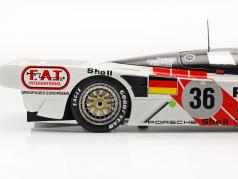 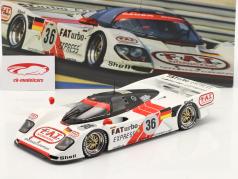 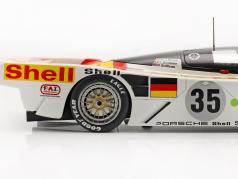 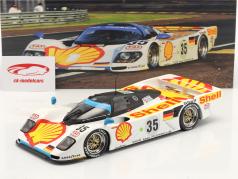