They came, they saw and the conquered - almost at least. We're talking about the Porsche works team, which returned in 2014 in the LMP1 class at the 24 Hours of Le Mans in the highest category of endurance racing. 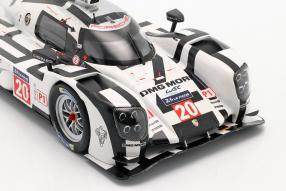 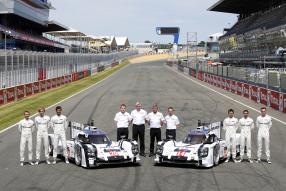 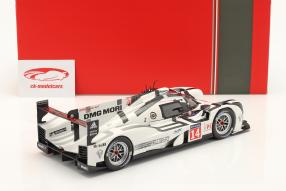 After several years of development, no one doubted that the manufactur from Zuffenhausen would come to the Sarthe with a strong package. However, the fact that Porsche would have a say in the overall victory until the end was surprising – especially the competition from Audi and Toyota. The “top dogs” from Ingolstadt and Japan struggled with various difficulties, which the three Porsche works drivers Timo Bernhard, Brendon Hartley and Mark Webber used to their advantage.

The trio in the 919 Hybrid #20 led the race a few hours before the end and was on its way to a sensation. Under the leadership of today's McLaren team boss Andreas Seidl, the three works drivers shone with a low error rate, while the strategists in the pits gave their best. Hardly anyone knows today that technical problems in the final phase thwarted the possible top result. Much more memorable is the outstanding performance of the LMP1 newcomers, who almost managed to win one of the most famous car races in the world.

Their team colleagues Romain Dumas, Neel Jani and Marc Lieb did damage control and finished with position eleven. It was not the result what Porsche-fans had hoped for, but the groundbraking for a brilliant series of successes. In the following three years, Porsche always triumphed at the 24 Hours of Le Mans. So, the models in scale 1:18 are a must have for every Porsche and Le Mans fan.

Ixo did great work and released the two Porsche 919 Hybrid in scale 1:18. Both models are characterized by numerous details and replicate their originals as best as possible. From the sophisticated aerodynamics to individual sponsor stickers, every element has its place. 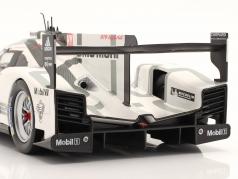 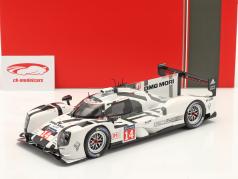 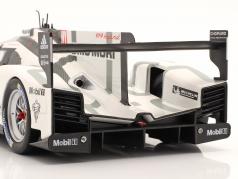 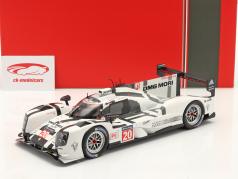