Sahara Force India Mercedes has forwarded questions from the fans on the popular German race driver. And: Minichamps brings the VJM08 in 1:43 scale. 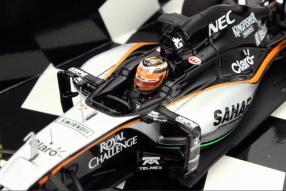 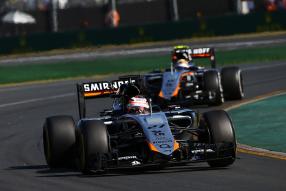 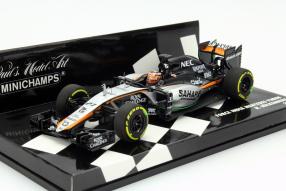 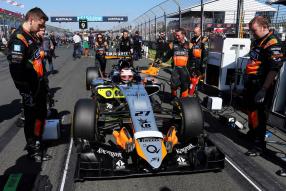 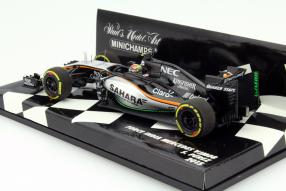 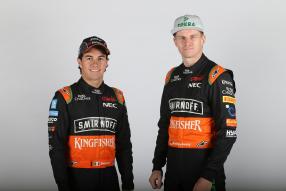 With the Brazilian Grand Prix ??on 15 November 2015, this year's Formula 1 season is going into the penultimate round.  The race cars from Force India Mercedes are on the starting line of the Interlagos circuit, which are driven by Nico Hulkenberg and Sergio Pérez at the 4.309 km of the course that moved Autódromo José Carlos Pace. The likeable German asked, for the occasion of the race in Austin, the questions of his fans and answered this in the video that we have embedded in this product.

More exciting for many friends of Hülkenberg is the question of when his company car,  the Force India VJM08, will finally be available in 1:43 scale. We tell you: now! Minichamps presented the miniatures of the start number 27 and # 11 by Mr Pérez fit to race in Brazil.

Minichamps is next to Spark one of  best modellers at developing intricate and almost perfect model for the single-seater racing car. To convince the two VJM08 1:43 with a fantastic design that corresponds to that of the models accurately. Yeah, we know, that we say to almost all models - but what do we do when it's just right?

The drawn lines subscribed by designer Andrew Green VJM08 act already elegant at first glance. The silver-black finish and the two held in orange and green trim give the formula 1 driven by the Mercedes-Benz Hybrid 106B a really classy look. Under the non-removable in model engine cover a 1.6-liter V6 engine with a turbocharger infected.

This also comes from Mercedes-Benz, as the ERS and the eight-speed transmission. Newly developed compared to the previous model, the rear suspension and the suspension of the hydromechanical racecar. Accompanied should thus improvements in the Setup options and the option to carry out changes to the Hinterachsabstimmung faster. The car was developed in the wind tunnel of Toyota in Cologne. The brake system controls in AP Racing, the brake discs produced Carbon Industries. The Minichamps exactly replica wheels have been designed by Motegi Racing. The shock absorber of the VJM08 are of the brand Koni. We like the model above all the care that Minichamps the replica of the front spoiler has exercised: A piece of cabaret, which have accomplished since the mold engineers. But everything else looks pretty good.

The Force India Mercedes in the 2015 World Cup

Even the Drehstabfeder- and shock absorber system with strut at the front axle of the model can be traced precisely the model. Let's see how the from the Grand Prix of Great Britain completely revised version of the vehicle is present in the 1:43 scale. The model presented here corresponds to the state in 2015 Australia, so the start of the season. The race car of Sergio Pérez is under item number 417150011, one of Nico Hulkenberg under the 417150027 to have for each 69.95 euros.

112 World Cup points, the VJM08 can collect in 2015; the team is thus a not so bad 5th place in the constructors' championship. Pérez managed to secure with 68 points 9th place of the drivers' championship; Hulkenberg handed 44 points for the 12th place. Whether this will change during the weekend? We hope you enjoy watching the penultimate Formula 1 run and hope to see you well again next week here