06.07.2020Novelties from GT-Spiritmodels: From Audi to Volkswagen

With the models of the Audi RS 6 in camouflage painting, the French have landet a hit. But also the other new launches know how to inspire 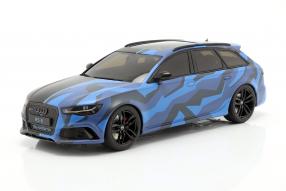 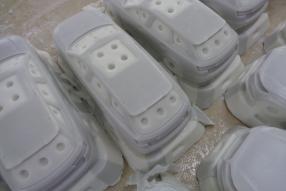 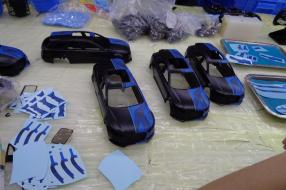 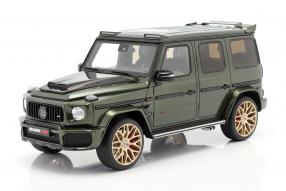 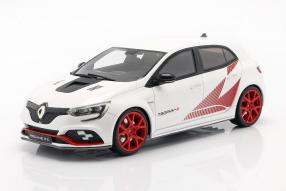 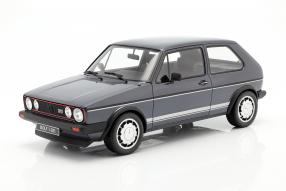 GT-Spiritmodels and Ottomodels have presented their novelties June / July at the end of the past week. Among them are again current role models as well as role models to youngtimers. One of the most striking eye catcher is the Audi RS6 Avant Performance of the model series C7, which Audi produced from October 2015 to April 2018. The V8 with biturbo develops in this high performance station wagon 445 kW / 605 hp and accelerates in 3.7 seconds from zero to 100. The modelcars, limited to 1,500 units, with the item number GT799 do not only replicate this sports car in perfect craftsmanship, but also stage him exceptionally impressive with the camouflage painting in black and nogaro blue. GT-Spiritmodels has released some pictures to this from the production. What else is new? Look here!

As already mentioned, GT-Spiritmodels and Ottomobile reduced cars of the current production and from earlier times. The Mercedes-Benz G-Class 2019 of the model series W 463 definitely belongs to the highlights of the current cut. They come at GT-Spiritmodels as Brabus 700 Widestar under the item number GT274; limited to only 999 units and in the color olive green metallic. The mold makers have perfectly implemented the body details and the attachment parts in which the Brabus differs from the original version - fender flares and rear spoiler in particular - to the scale 1:18. The gold-colored rims are another attraction of this model, which like the other miniatures mentioned here is made of high-quality polyurethane resin with doors and hoods that can not be opened.

GT-Spiritmodels lets revive the year 1980 with the Ferrari 308 GTB: 40 years ago, collectors were certainly longing in vain for such a precise model: at that time, however, they were not yet available and feasible. The joy is all the greater today when the buyer can hold this small work of art in his hands: razor-sharp contours, correctly rounded curves and the perfectly fitting glazing lead to an excellent overall impression; in the typical Ferrari red 999 times available (GT276). On the other hand, the models of the Renault Megane Trophy-R from 2019, to which Ottomobile contributed white modelcars in the format 1:18 for the rain of new products this month, are very up to date (OT804, 3000 pieces). They should appeal to the same crowd as the VW Golf I as GTI 1800 Plus, which comes in helios blue and even in a large scale 1:12.

Frederick Guillier Sahuque and Nicolas Urien founded Ottomobile in 2009 and thus created a brand that concentrates on youngtimers. Then the ambition developed to expand the offer and to replicate several categories, namely from the sports car to the luxury cars. The founders in the quote: "They know as well as we do that these cars have always sparked a certain degree of desire among young and old. Like a dream, unreal, inviolable, uncontrollable ... We have luck, when we see one of two in reality! With their roaring engines, the noble interior and the flawless surfaces we had to do something to honor them. The real business will remain an impossible dream for most, but it would not stop us producing models of them!" That is how GT-Spirit was born!