To match the surprising message that the racing driver from Kempten has a new team in the Formula E, modelcars of the electric car related to the team appear 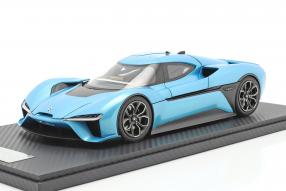 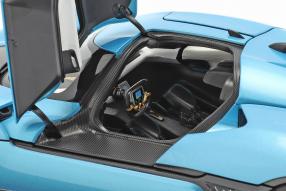 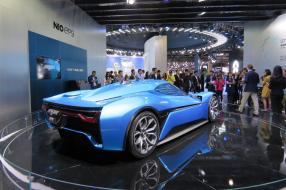 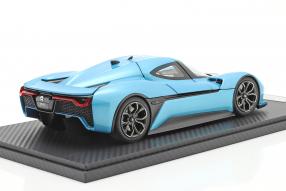 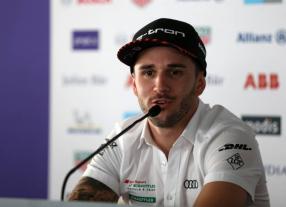 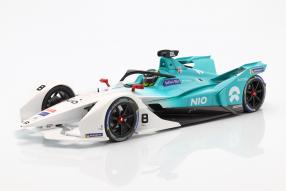 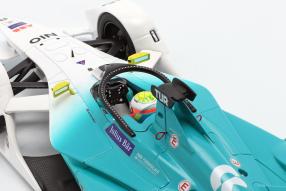 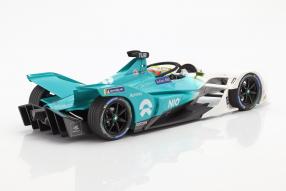 It was the surprise of this week: After his kick out of the team Audi Sport ABT Schaeffler, racing driver Daniel Abt is back again in the ABB FIA Formula E championship. He is replacing his Chinese collegue Qinghua Ma at NIO 333 for the rest of the season and is going to compete in the final six races. These races of the season 2020/21 will be held, due to the corona crisis, on six days from August 5th to 12nd in Berlin. The layout of the track at the airport Tempelhof will be changed for every race. For Abt, the dream of a home race is still coming true. Abt has been part of the all-electric racing series since the first season of the Formula E. But what we do not know is whether he will receive one of the megateure NIO EP9 as a company car, for which Almost Real has now released modelcars in scale 1:18, to which we want to dedicate this article.

The Nio EP9 is a plant of the start-up Nio in Shanghai, which is building electric cars and therefore has a direct connection to the Formula E. It is therefore understandable that the knowledge gained from the involvement in motorsport flows into the development of the street athlete. The two-seater super sports car already saw the light of the public in 2016. The first Nio EP9's were sold at a price of 1.2 million euros each. Motorsport athletes like Daniel Abt should really enjoy the technical components: the chassis is made of carbon fiber reinforced plastic and takes into account the requirements of the FIA technical regulations for prototypes at the 24 Hours of Le Mans. There is an electric motor of 250 kW behind each wheel. The 1,000 kW system output - or the equivalent of 1,360 hp - is enough for 313 kilometers per hour.

The acceleration numbers are correspondingly powerful: The EP9 is in 2.5 seconds at 100; in 6.0 seconds at 200, after 15.0 seconds the sports car is at 300. With these performance figures, the EP9 tried to break the lap record for electric cars at the Nürburgring. With 6:45.90 minutes, he achieved the second fastest time in this class and is also the sixth fastest car on the Nordschleife at all. The vehicle manufactured by NextEV set further speed records in Paul Ricard, Shanghai and the Circuit of The Americas. The power pack is to create a range of 427 kilometers; The total weight is 1,735 kilos. With this example, Almost Real has a real highlight in its range. Appearance and processing are first-class; the monitors in the interior, the choice of materials - the miniatures meet the requirements of the prototype.

That the color of this modelcar with item number ALM189001 has the designation bavarian blue, should please the Bavarian Abt. With the races in Berlin, Abt turns back to the place where he celebrated one of his two victories in the ABB FIA Formula E championship. In 2018 the man from Kempten won the race at the Spree. His anticipation for the racing six-pack in August is therefore all the greater. “I've always loved racing and Formula E. That is why the opportunity to compete in the six final races in Berlin - for me it is home races - and thus to have continued my record in every single Formula E race, is very exciting," Daniel told the media: "Berlin is a great place for me! I have great memories of it and of course a home race is always something special!”

Concerning the current prohibition of major events: "I will miss the fans, but I hope the spectators infront of the TV at home will experience some exciting races." A good choice for NIO 333 to commit this concentrated amount of experience. At NIO 333, the decision to hire Abt was discussed in detail within the team, reports team boss Vincent Wang. But in the end they remembered a far eastern saying: "A prodigal son who returns is more valuable than gold." Wang says he will be welcomed with open arms. So far, the Chinese team has remained without points this season. With the help of Abt, this should now change. In mid-July he will sit in the NIO 333 FE-005 for the first time in test runs and then prepare specifically for the races in Berlin.