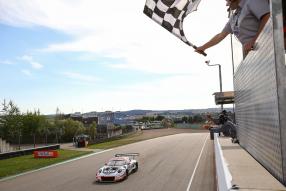 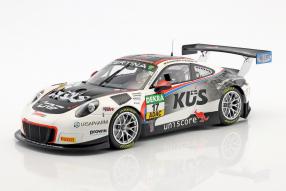 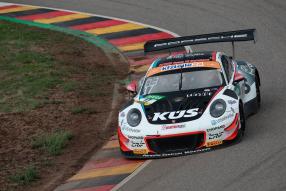 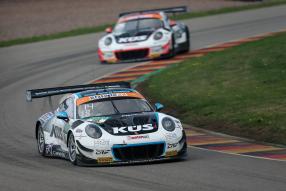 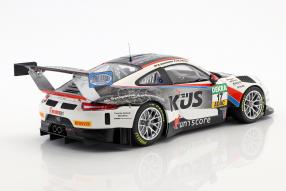 Here we are again, the end of an running season almost announces the end of a year. While the Formula 1 is entertaining us - hopefully exciting - until the beginning of December, the ADAC GT Masters goes into its final on September 27th to 29th. The drivers evaluation was already decided ahead of time, but in the two races in Sachsen it is going to be decided, which is the best team and who is the best junior-pilot in the ADAC GT Masters. Therefore, the new champions Patric Niederhauser (27) from Switzerland and Kelvin van der Linde (23) from South Africa of HCB-Rutronik Racing can not yet sit back, because their Audi racing team is still fighting for the crown for the best team. Both runs on Saturday and Sunday will start later than usual at 2:45 pm due to the Russian Formula 1 Grand Prix and will be broadcast live on Sport1 (German TV channel).

After the good points at the Hockenheimring, the KÜS Team75 Bernhard has also made a lot of plans for the final of the league of super sports cars at the Sachsenring. Porsche factory driver Timo Bernhard (38) from Bruchmühlbach-Miesau and ex-Porsche junior Klaus Bachler (28) from Austria are not only aiming for another podium place in the Porsche 911 GT3 R with starting number 17: the declared goal is the second win of the season. The title is already taken, but arithmetically Timo and Klaus can still become vice-champion and are accordingly motivated. Porsche young professional Matteo Cairoli (23) from Italy and Adrien De Leener (30) from Belgium want to contribute in the sister car with the starting number 18 as recently in Hockenheim with a place in the top ten again for a good team result.

Klaus Graf to the season finale

Team manager Klaus Graf: "We come in a very good shape to the Sachsenring. In the past races we were constantly placed in front with our starting number 17 and have subsequently also been awarded for the victory of the Sunday race at the Nürburgring. Of course, we are very happy about that. On the other hand, we still want to realize our goal of winning a race on the track this season. ... Moreover, we are also well placed in the overall standings and we want to improve this position even further. Timo and Klaus are currently in absolute top form, the entire team works meticulously and very concentrated, which is reflected in the results. But I also wish that we could once again achieve good results with our starting number 18!"

So that the Team from Bruchmühlbach-Miesau can end the season with a highlight. We cross our fingers and are going to follow the races: For the walkers among you, you can watch the races online in the livestream on sport1.de, adac.de/motorsport and youtube.com/adac. And if you would like to secure one of the modelcars from KÜS Team75 Bernhard from the previous years, we recommend visiting our website via this link. Or a visit at the spot, because the weather in Hohenstein-Ernstthal is going to be beautiful over the weekend at 17 to 19 degrees throughout sunny with light clouds. And our CK trailer with the latest model cars stops at the Sachsenring!

Here: Click to the modelcars of the Team75 Bernhard