The tripple formula 1 world champion and aviation entrepreneur has left us at the age of 70. Also the modelcars will always remember him 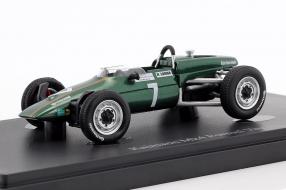 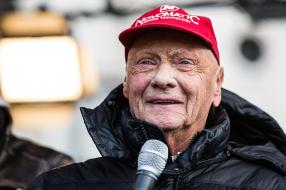 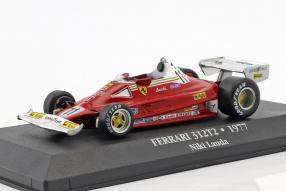 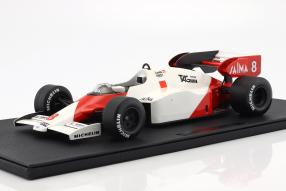 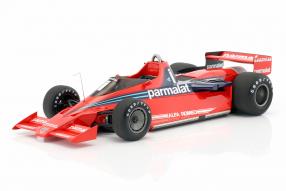 If a race driver manages three times, to stand at the top of the podium in the formula 1 and to safe the world championship, then it is for the fans of motorsport and thus also for the collectors of modelcars, a man of very special importance. With great regret has the team of ck-modelcars therefore noted, what his doctor Walter Klepetko confirmed towards the German press agency on the early Tuesday morning: Niki Lauda died in the age of 70. He belonged to the big ones of motorsports and became a legend because of his accident on the Nordschleife at the Nürburgring in 1976. Despite serious injuries in face and lungs, he competed at the Gran Prix of Italy only 42 days after the accident. Giving up, never came into question for Niki Lauda, but the last fight he has just lost.

A speaker of the airline Laudamotion, which namesake is Niki Lauda, wrote in the name of his family: "In deep mourning, we announce that our beloved Niki has peacefully fallen asleep in the circle of his family on Monday, May 20th, 2019. His unique achievements as an athlete and entrepreneur are and will remain unforgettable." He entered the world championship title in formula 1 in 1975, 1977 and 1984. The life as a businessman focused mainly on the aviation, in which he also had to witness the creation of Lauda Air as it is, when one of his own aircraft crashes. 223 victims died in May 1991. As a consultant for Ferrari, born on February, 22nd, 1949 in Vienna, the Austrian operated the change from Michael Schumacher to the Scuderia in 1996. In 2003 he founded the car rental company Lauda Motion GmbH.

He left the company in 2009, but reused his name in early 2016 during his involvement in aviation. At the end of September 2012, Lauda was appointed Chairman of the Supervisory Board of the Mercedes Formula 1 team; In early 2013, he acquired 10 percent of the shares. In 2016, Lauda was awarded the Lifetime Achievement Award at the Laureus World Sports Awards. In 2018, his aviation activities were fundamentally rebuilt, which he continued to operate with the Niki airline and in partnership with Air Berlin. But the man with the red cap as a trademark had since his accident on the Nürburgring 1976 repeatedly to do with health problems, which were classified as the aftermath of the accident. Not only his scalp was drawn, also kidneys and the cauterizations of the lungs made it difficult for Lauda.

The modelcars after the role models of his emergency vehicles have shaped our work for years and still do this: The miniatures of the Ferrari 312 T2 in scale 1:43 from Atlas out of diecast are still reminiscent of the 1977 world cup. The Kaiman Mk IV of the Formula Vau 1969 reminds of its early years, which AutoCult launched 333 times in the same size and to which we dedicated the article accessible via this link. Looking back at the 1984 World Championship, we look at the McLaren MP4 / 2 from Team Marlboro McLaren International, which GP Replicas offers in 1:12 in an edition of 500 units. In the same size, the small series label CMR has released the BMW M1 of Project Four Racing, with which Lauda won the Procar series in the supporting program of Formula 1 1979. R.I.P., Niki!

Here: Click to the modelcars to the topic Niki Lauda

The television station RTL will broadcast documentaries, talk and the movie "Rush" about Niki Lauda starting at 8:15 pm today