The conclusion of the race weekend from the view of our friends from Bruchmühlbach-Miesau offers only one reason to celebrate: Anniversary for Timo Bernhard 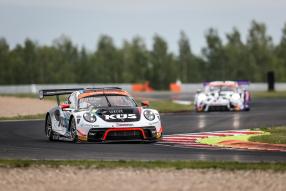 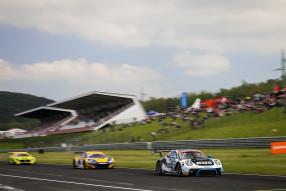 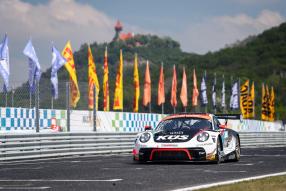 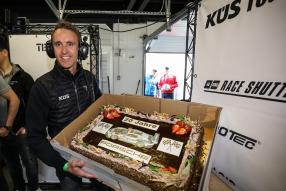 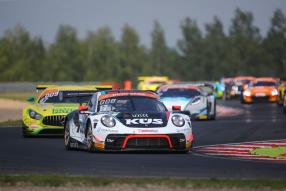 On the weekend behind us, our partner team KÜS Team75 Bernhard has started with its two Porsche 911 GT3 R of the model series 991 II in the ADAC GT Masters in the Czech Most. But in the end they were not successfull in Most: Already the race on Saturday had ended with a big disappointment for our friends: Both nine eleven of the team from Bruchmühlbach-Miesau haven't seen the finish flag. The hope of team manager Klaus Graf, for a better running Sunday, was also disappointed. "We just have to check off the weekend and have to look forward. At the next race we are back!" But what did exactly happen? We have put together the most important facts of the weekend, on which there was only one reason to celebrate: Timo Bernhard's anniversary as Porsche factory driver.

Let's have a look on the Saturday: In the qualifying, the two-time endurance world champion and Le Mans overall winner Timo Bernhard (38) had driven the car with start number 17 to eighth place. But in the race, the Porsche factory driver did not get far after a good start: he was already rammed off the track in the first corner, transported to the gravel and had to give up. Team mate Klaus Bachler (27) was not used at all. Adrien De Leener (29) had placed the sister car with the start number 18 in qualifying on the 27th place and was able to improve already up to 19th place before the mandatory pit stop. Porsche Young Professional Matteo Cairoli (22) took over after a perfect pit stop, started a catch-up and was already well in the points, until he had to park his Porsche with tire damage shortly before the end.

It was not supposed to be on Saturday. Team manager Klaus Graf: "It was a really catastrophic day, and actually started very well with qualifying, where Timo took eighth place, which was a decent result and a good starting position, unfortunately Timo was shot down in the first corner, another driver had misjudged himself completely. After that the car was irreparably damaged, our race number 17 could not continue the race, and the starting number 18 fought well ahead after Adrien had a slightly difficult qualifying and after the start he got out of all the skirmishes and made up eight places, Matteo was already in 13th position, but unfortunately he had a tire damage - all in all a day to forget, tomorrow it can get only better!" But before, the technicians had to deal with a long night.

The Saturday race was won by Patric Niederhauser (27) and Kelvin van der Linde (22) in the Audi R8 LMS, securing their first ever start in the series for their team HCB-Rutronik Racing. What our friends of the KÜS Team75 Bernhard unfortunately should not succeed at the Sunday race: Most proved on the second day again as a bad patch for the Palatinate. In qualifying Klaus had achieved 15th place in the Porsche with the starting number 17; Matteo placed the sister car on twelfth place. After the start, both drivers were able to make up three places each, before the race was interrupted after an incident with the red flag. After the re-start Klaus lost many places in a drive-through penalty because of a collision; Matteo came off the track in a duel with a competitor and also fell back.

After the mandatory pit stops with driver change, Adrien De Leener in No. 18 was rammed in his first lap by a competitor and had to give up. The two-time endurance world champion and Le Mans overall winner Timo Bernhard, who celebrated his anniversary on Sunday as "20 years Porsche", worked his way up to place 21 on the piste from Most, which offers hardly any overtaking opportunities. But points were out of reach. Callaway Competition's Markus Pommer (28) and Marvin Kirchhöfer (25) were at the forefront of the ADAC GT Masters' Sunday race and clinched their second win of the season in their Corvette C7 GT3-R. Kirchhöfer. "I can live very well with two victories in the first four races!" We believe that, congratulate the winners and wish you all a good start into the week! It continues on June 7th, on the Red Bull Ring.