The Team75 Bernhard and ck-modelcars are joined by the passion for what their heart beats: our second race weekend 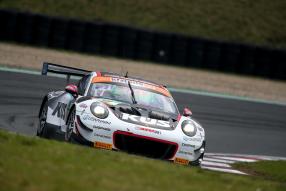 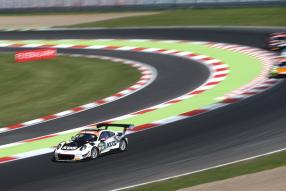 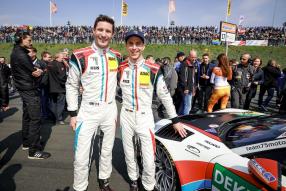 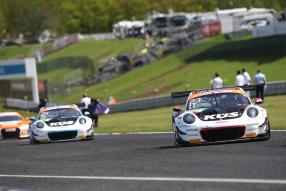 When a team is put together, then all people or parties should really fit together. So that in the end, something great comes out of the cooperation. In the case of the collaboration between the Team75 Bernhard and Ck-modelcars in the context of the races of the ADAC GT Masters 2018, the combination fits like a glove. The passion for motorsport, for race cars and for the matching model cars is the main Component of this team. But as in football sometimes the ball rolls into the wrong corner of the goal, so it can’t always run as easy as desired in motorsport. But even though Team75 Bernhard didn’t score any points in the second race weekend in the Czech Most, we would like to proudly provide you with the information on the race weekend as quickly as possible even on a sunny Sunday afternoon.

In the Saturday race of the ADAC GT Masters in Most, the KÜS Team75 Bernhard barley missed the points in the league of supercars with 12th and 15th place. Long-distance World Champion Timo Bernhard (37) from Bruchmühlbach-Miesau and his Porsche works driver colleague Kévin Estre (29) from France had to start from 23rd on the grid after a difficult qualifying session - in which Estre did not make an optimal lap. Fortunately, Kévin was able to skillfully avoid a pile-up right after the start, with the magnificent Porsche 911 GT3 R with the number 17, and gained a fabulous 13 positions in the confusion. After the driver change Timo was in twelfth place and in the end finished in this position.

The KÜS Team75 Bernhard also had to handle a big disappointment in the Sunday race. Le Mans winner Timo Bernhard, after balance problems in the qualifying leaving him at 25th, was turned around in turn two by Pierre Kaffer and had to give up. Kévin Estre was not even used. Ex-Porsche junior Klaus Bachler (26) from Austria started from position 12 in the sister car with the number 18, after he could not find a free lap in qualifying. In the initial turmoil of the race, he was pushed off the track twice and dropped back to 18th place. In 16th place he handed over the Bernhard-Porsche to Adrien de Leener (28) from Belgium, who finally finished 14th at the checkered flag. Too bad, but no reason to be in a bad mood, because after the race is before the race.

The next round of the ADAC GT Masters will feature the two races at the Red Bull Ring in Austria on June 9th and 10th. We're looking forward to it, but we still want to hear what Timo Bernhard has to say about today: "The start was good, I had found a good gap, then Pierre Kaffer turned me around, he apologized, he was also bumped before. You can’t do anything about it. But when you are further in the back you have to expect something like that. I was not happy with the balance of the car. The car was not good the whole weekend. We will have to see why that was. At Oschersleben, we were way ahead, and we definitely want to get back into the top ten at the Red Bull Ring, in the points and maybe even further forward. " Guys, you have our support! Our heart beats for you. Your and our passion will make it all right!