The Aacheners deliver the fourth and perhaps most beautiful version with the Snow white casket model car in the 1:18 scale, but not the last one 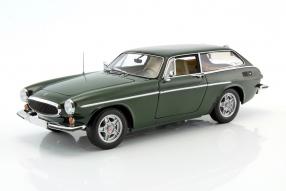 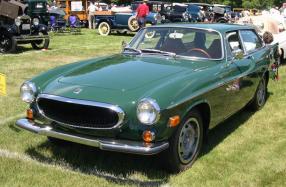 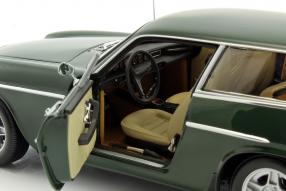 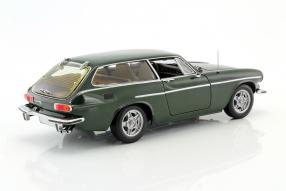 Some of you have noticed it: Minichamps and the other manufacturers have left us in the second half of the week with new releases. Among the deliveries has been so many jewels, which we must emphasize separately as the Ferrari 512S of CMR and the two Porsche 911 of GT-Spirit. Just like the Volvo P1800 ES - also known as the snow white casket due to the glass rear hatch and the glass-dominated design of the combi-design - of Minichamps in the 1:18 scale, the fourth variant of the model. It bears the item number 100171614 and is in a circulation of 500 copies to have. The model is one of the most famous vehicles of the Volvo brand and takes on the body shape of the Shooting Brake, which has just been rediscovered by Porsche at the Panamera Sport Turismo.

The Volvo P1800 ES appeared not now or recently, but already 1971. By November 1973 a total of 8,077 copies were built. Sources state that the most successful production year was the most successful, because the news of the threatening attitude of the coupé designed for the Kombi has spurred sales in the USA. Too much effort to adapt the car to the safety regulations that came then meant the end for the car. The European variant was powered by a four-cylinder in-line engine that took 91 kW / 124 hp from just 2.0 liters. The maximum torque was given by Volvo with 173 Newtonmeters (Nm). The customers had the choice between a four-speed manual override or a three-speed automatic from the Borg-Warner. Top speed: about 190 kilometers per hour.

From zero to 100, the athlete accelerated in 10.8 seconds. A little faster, the miniature of the Volvo P1800 ES accelerates our heartbeat, yet it offers like its three predecessors excellent model construction. Minichamps has transposed the look and feel of the legendary Volvo exactly to the 1:18 format: The bodywork in terms of design and look is first-class in the design of the model. Particularly eye-catching are the elements of chrome, which adorn the car and of which the P1800 ES has enough. Let's start with the contemporary-looking exterior mirrors, let our glances glide over the chrome-accentuated layout of the side windows and meet at the rear on the edge of the glass flap as well as the half-way powerful bumpers.

The highlight: As usual under the bonnet

Minichamps leaves it in the triangular windows in the doors, which can be opened as well as the bonnet and trunk lid. They give an unobstructed view of the interior, a sporty black faucet panel contrasting with the beige upholstery of the seats. The exterior finish is the same as the famous British Racing Green, which fits perfectly into the interior design. The highlight is, however, the reproduction of the drive set with its ignition cables, hydraulic lines and reservoirs, the battery and the radiator - everything is designed in a different color. Wow, what a model! Of course, colors are taste, but we hold the green for the most beautiful of the series, which has so far produced a blue, golden and orange P1800 ES. Not the last word, because a brown metallic version comes in September.