For two days the Kurfürstendamm was closed for the execution of a beautiful car show. We have looked around and discovered prototypes for our model cars. 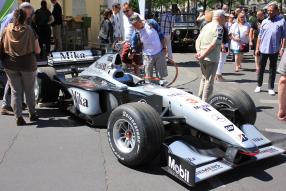 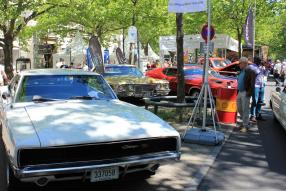 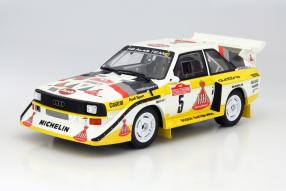 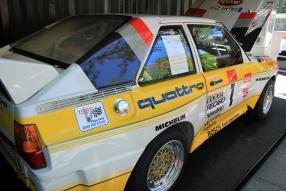 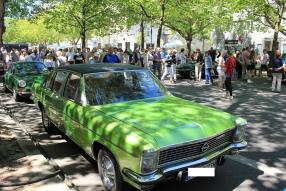 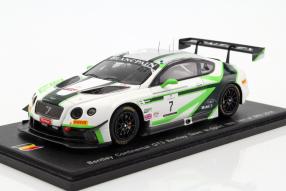 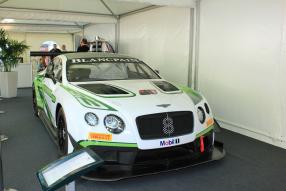 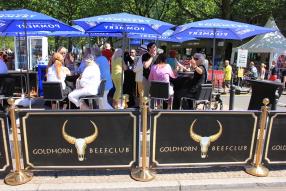 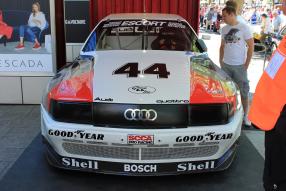 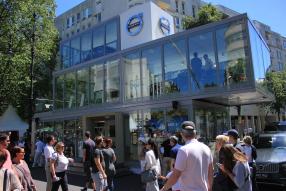 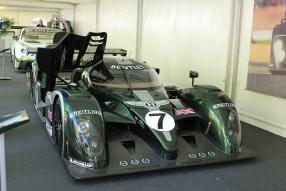 An automobile fascination for young and old  it should be, the Classic Days Berlin after being called so on their own website. Somehow it's true, because fascinating was really how thousands of happy-looking Berliners and visitors from the surrounding area populated the Kurfürstendamm: Happy about the dreamy summer weather especially on Sunday; Enthusiastic about the many cars that were to be visited and admired. The grandeur and shopping mile was closed between Friday and Sunday night between Olivaer Platz and Joachimthalerstrasse and turned into the site of a car show, as the fans are so rarely seen. Around 2,000 cars were parked on the middle strip and on the citizens' docks; Vehicles from many epochs besides gastars from the international motorsport big names. We looked around there.

The main sponsor of the event was the General Fundamental Fund. Beside him, numerous other companies were present, such as the window builder Schüco, who parked an original Formula 1 of McLaren-Mercedes in front of the exhibition stand: an eye-catcher from the royal class. Volvo built a glass palace on the Kudamm, which also attracted a lot of attention. The brands Audi and BMW almost celebrated a home game at the Classic Days Berlin because they have their own showrooms on the Kurfürstendamm. Audi, however, won the last weekend in a direct comparison, because alongside the young and oldtimers shown, they brought two racing cars, the Audi Sport Quattro Pikes Peak and the Audi 200 Turbo from the Trans Am series. Next to it: Audi Q7 and Audi A5 Cabriolet of the latest generation.

Let's continue with the motorsport: Bentley set an accent for the 24-hour Le Mans 2017 race, which took place the same weekend, in which the winning car of 2003, a Bentley Speed ??8, next to a historical predecessor and a current issue of the Continental GT3 was presented. The interest of the fans was also the two civilian Bentley Bentayga. The main role, however, played the old darlings, and in this segment everything from the VW beetle to the famous Mercedes-Benz SL wing-door. However, we had the impression that young and classic cars of American brands were in the majority. Does this have anything to do with the post-war period and the four-star status of Berlin?

This is not to say that cars of German brands were underrepresented: Audi 200 5T, BMW 1502, Mercedes-Benz SL as pagoda, 190 SL as well as Porsche 911 Ur-911 and the later G-Modell as Coupe and Cabriolet stood at the top in The popularity scale of the visitors. A Porsche 911 991 was available for € 69,000; A 30-year-old G model was not to be less than 82,000 euros. Not less was the attention for the Opel Commodore GS / E, the Opel Manta A and B, Opel captain and Admiral from. The presences of the gastronomy were also very popular: Even the Goldhorn Beefclub had drinks from the Mommsenstraße to the Kurfürstendamm with cool drinks. And as far as the modellautos are concerned, we have concluded that we have to offer many of what was on the Kudamm only for two days, in 1:43 and 1:18, all year round.

Let's start with Audi; The brand, who won the second round of the DTM in Budapest yesterday with René Rast. For the Audi Sport quattro, which was parked on the Classic Days, we have a very special collector's item in the 1:32 model car of Ottomobile, which is limited to 300 copies and can be purchased exclusively from us. Of the Bentley Continental GT3, we have several miniatures in the offer, which you can reach via the link embedded in the overview. The Porsche 911 is a little more comprehensive: besides miniatures following the models of current vehicles, there are many historic nine-carriages in the size 1:43 and 1:18, including the limited edition for the 1,000,000th anniversary-911; No less fascinating, like the great role models at the annual Classic Days Berlin.

Tip: Visit our shop in the Classic Remise Berlin

Here is the link to the new Stefan Bellof Collection