Perfect for the first race of the season, there are new model cars from Spark in 1:43 scale. Lego shows a great set to Mercedes-AMG Petronas F1. 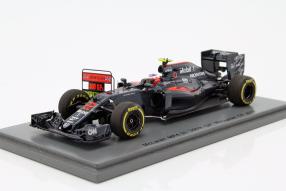 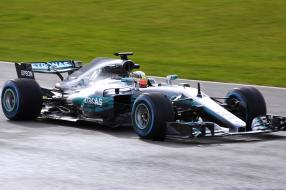 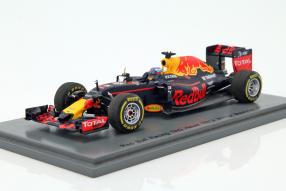 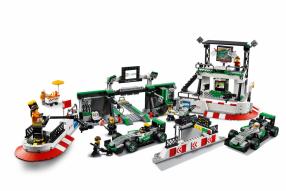 Street cars will not be an issue for the first race weekend of the year 2017 in the Formula 1 course. Sorry, dear friends of Porsche, Renault, Mercedes-Benz or Audi - this weekend the Formula 1 take priority. And on this topic there is not only the announcement of Minichamps that the most important new cars of this year, a total of 68th Formula 1 World Championship in the scale 1:43 and 1:18 appear, but also new modellautos to models from last year , Which Spark has now handed over to the specialist retailer: Daniel Ricciardo and Jenson Button can look forward to miniatures that bear their name. As most of you know, the models of this season will look different because the rules have changed.

The cars would be faster, so the strategic group's will, which had to react to the accusations that Formula 1 was too unspectacular. The cars are now growing in width again to two meters and may be between the axles a maximum of 1.6 meters wide; In both disciplines, 20 centimeters more than before. This means four millimeters more in the 1:43 scale and eleven millimeters in the 1:18 format. For the fans of the Modellautos it is crucial that the front and rear wings as well as the diffusers at the rear are significantly larger, which also enhances the look of the miniatures. Except for the new cars of McLaren - listening to the new name MCL 32, so for the first time since 1980 no MP4 in the label - all teams seem to stay with their usual color scheme: The team from Woking is based on the same orange, with the Bruce McLaren Already started in CanAm.

Still in the classic dark gray, the model of the McLaren MP4-31 from the year 2016, which also has the decoration, with the Jenson Button the Grand Prix of Malaysia denied and with which he celebrated its 300th race. Spark has delivered a high-class car model, which is accompanied by a boxboard / pitboard showing this important figure. The same race is also dedicated to the model of the Red Bull RB12, with which Daniel Ricciardo took the 3rd place at the Sepang International Circuit. Both miniatures are made of Resine plastic and have a lot of filigree details: the extreme fine telemetry antennas as well as the air guiding elements and splinters around the air inlets of the side boxes and the front spoiler stand out. But there is also a highlight for fans of the Mercedes-AMG Petronas F1 team.

Please note: clocks will be changed

Lego® has launched a kit that includes the complete Mercedes-AMG Petronas F1 Team 2017 including Lewis Hamilton and Nico Rosberg as well as the Mercedes F1 W07 Hybrid as part of its Speed ??Champions series: a fun for kids like Papa : Boxing area with lifting platform, command station with time displays / monitors, launching pad, tower with target flag, TV camera transmission unit and even a curry sausage stand are also in the set. Lego® is a big cinema, with the theme of Formula 1. This year's start of the season with the first race can be seen on RTL from 7:00. But please note: This weekend the watches will be presented at summer time! Have fun!