The Label makes model cars for the little ones at home and the demanding collector as usual for low prices. An overview. 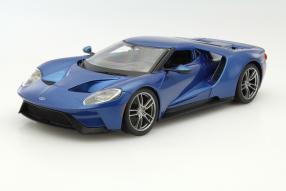 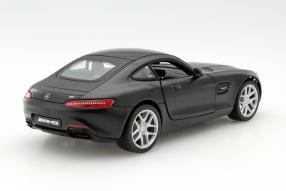 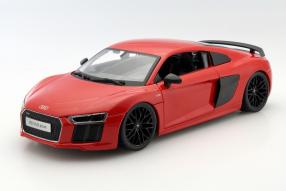 Fans of Maisto's Model cars can look forward to it: for the current year, the label has taken an interesting selection of models, which we expect - in all probability and experience - high-quality but also reasonably priced car models. Let's start with the category R / C Maisto Tech, the remote-controlled miniatures in the 1:10 scale, in which the label with the VW Beetle 1951 in red and the Ford Mustang 1967 in yellow lacquer offers two models from the series Desert Rebels. In addition to these off-road models, the Lamborghini Centenario in 1:14 and the Mercedes-AMG Vision GT in 1:18; Both as ready-to-run as their off-road brothers. We also see the Lamborghini Centenario as a finished model of the special edition in 1:18 as well as in the exclusive edition; In the price around 40.00 euros apart.

The Matt Black collection in 1:24 scale

Let us stay with the Special Edition, where we can look forward to models of the BMW M6 Convertible, the Chevrolet Camaro 2017 50th Anniversary, the Dodge Charger R / T 1969 and the Corvette 1965. The premiere edition offers the collectors new colors for the Mercedes-Benz SLS AMG Coupé, the Audi R8 V10 2015, the Mercedes-Benz 300 SLR Targa Florio 1955 and the elaborate Mercedes-Benz 500 K 1936. Maisto also comes with miniatures to the so-called " Matt Black Collection. The models for the Mercedes-Benz SLK 2011, the Ford Mustang Boss 302, the Lamborghini Aventador LP 700-4 Roadster and the Volkswagen New Beetle will appear in the 1:24 scale. The representatives of this series on Mercedes-Benz AMG GT and Audi R8 2010 are already available.

Special edition with cars for men

In the special edition, there are also models in 1:24 scale, following spectacular models: the Acura NSX 2017, the Jeep Renegade, the Chevrolet Camaro ZL1 2017 and the Corvette Grand Sport 2017. Maisto announced a Chevrolet El Camino for the series Harley-Davidson car models Plus XL 1200N Nightster 2007, an orange Dodge Charger R / T 1969 and a Buick Century 1955 in black-orange; All in a good processing quality, with exemplary interior spaces and an absolutely coherent appearance of the exterior. With the latest generation of Ford GT, Maisto has also landed a two-season finish, but the little one-and-a-half is particularly appealing to the kids as they give them one of the cheap cars.


Click here: The new Maisto models at a glance