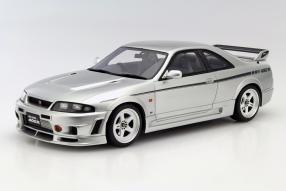 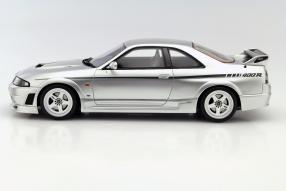 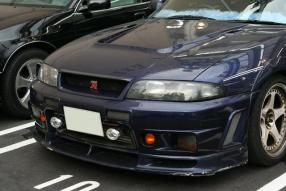 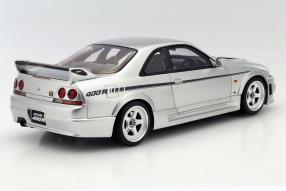 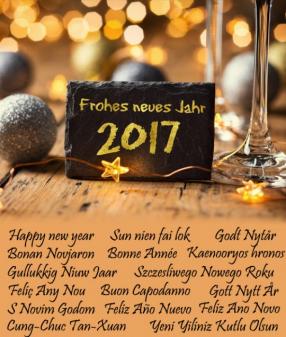 Good morning dear friends of clean cut model car, have you recovered from the Silversterparties? Are you ready to continue at the place where we left off? After the Nissan Skyline 2000 GT-R from Ignition Models, we are now taking a look at one of the successor to the C 110 sports coupe from 1973, namely the Nissan Skyline Nismo 400R of the R33 series, the Ottomobile or Otto models 1:18 in the program . This edition of the Japanese sportsman is the tenth generation of the skyline and was sold from 1993 to 1998 as a sedan and coupé. The top model was also the GT-R, which brought out its 2.6-liter six-cylinder in-line engine 206 kW / 280 hp. But this was not the model for our model car, because Ottomobile chose a special variant, of the original only 99 copies were built and even only 44 pieces were sold.

400R as the exclusive spearhead of the program

Yes, less than half the production because the Nissan Skyline R33 Nismo 400R has been around 126 percent more expensive than a normal GT-R, of which 16,435 were delivered in this generation. The 400R was equipped with an engine with a capacity of about 2.8 liters and a maximum speed of 10,000 rpm. According to the performance increase: 294 kW / 400 HP. The Nismo sports department of the house replaced pistons, connecting rods, the crankshaft and the charge air cooler, laid the 400R 30 millimeters deeper and delighted at the end of all development work over the 320 hour kilometers top speed; With 4.0 seconds from zero to 100, the acceleration of the bi-turbo dropped correspondingly.

Great details at the model car

The all-wheel drive was switched with a five-speed manual transmission. The maximum torque was 478 newton meters (Nm). Of these technical features, the model car made of Resine plastic is of course not to be seen, but the Bodykit with the large front apron, the side skirts and the impressive Spoilerwerk at the rear have met the mold builders of Otto very well. Although the details around radiator grille, headlights and in the interior agree, but the charm of the model is clear from the attachments. At the rear: The four round lights typical of the GT-R since the C 110 and the 400R symbol on the spoiler and trunk lid. All this in an excellent workmanship, as we know from Ottomobile.

GT-R is recommended as a collection

The successful model car has become a reason to set up a collection on the theme of the GT-R, to which not only Ignition, but also GT-Spirit and Otto offer great miniatures. The Skyline 2000 GT-R of 1973 we looked at as mentioned at the beginning yes in the last blog contribution of the previous year. GT-Spirit is currently offering the Nissan GT-R R35 based on the 2008 edition. In addition to the absolutely recommended 400R from this article, Otto also introduces the original version of the model, the R33 GTR-LM. True Scale Miniatures also, but in the Motorsport version, as it was at the 24 hours of Le Mans 1995 at the start. All the models mentioned are in 1:18, but there are other sizes in the overview shown here.