Greenlight delivered a beautifully crafted model cars based on prototypes from the 1950s, 60s and 70s, which sparked on reflection. 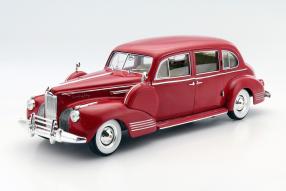 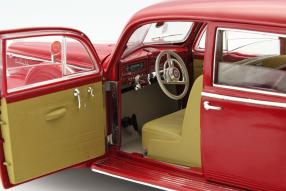 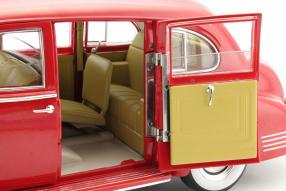 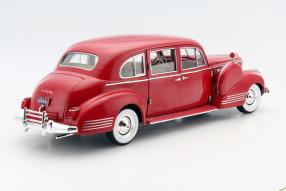 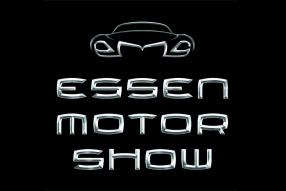 The blogger is currently quite wistful. No, not because of the upcoming Advent season, or even because of Christmas - the reason for the quiet thoughtfulness is quite different. Greenlight has supplied us with great new model cars that are made of zinc die-castings, which are made of zinc die-castings and some of the doors that can be opened all around: Packard Super Eight One-Eighty from 1941, Dodge Challenger Hemi R / T from 1971, pink or blue Painted Ford Mustang 1967 in the 1:18 scale as well as Modellautos from the Dodge Monaco Bluesmobil from the film Blues Brothers 1980, the Cadillac Fleetwood Series 60 in the version "The Godfather" 1972 and "Elvis Presley" from 1955 the size 1:43. This is nothing bad for itself, because the modellautos delight in many lovingly made details, harmonious proportions and thus a perfectly reproduced look.

The ones on the so-called Bburago scale have many functional parts that open the door to another world because the interior design of the earlier times in the USA has been as opulent and pompous as the car driver of today can hardly imagine. Nowadays there is no such thing as a manufacturer. And here we come to the point: 2025 or 2030 - the last word is certainly not spoken yet - no new cars with internal combustion engine should be allowed. In the worst case, therefore, not in nine years! This is not a long time anymore! Until the full replacement of today's vehicles sold, the industry has a lot to do with the range of batteries; There is also a problem with the loading infrastructure.

How is with our favorite sports car?

Take a look at the residential areas in which a five-storey residential building is located next to the other and the streets are parked: Should there be a load column installed every six meters so that each lantern parker is supplied? The street scene would be perversely disfigured. Especially since the pillars together with their cables after long-term use do not look as dolle as today. Perhaps the industry is still a little nimble in nine years, but a problem remains: what will become of our passion for cars? What will be the Ferrari 458, the Bugatti Chiron, the Mercedes-AMG GT and the VW Golf GTI? Will they all be electric vehicles, only one of which is heard by a tire-rolling noise? A nightmare for the car fan, right? A Tesla Model 3 will need less than six seconds at 100 pace.

We ask ourselves: If this is the basis, who still needs a GTI? Can the sportiness of a Porsche 911 GT3 RS be transferred to an electrically-driven nine-seater without the sound of its six-cylinder? Maybe it is good for the environment when we use electric cars; But perhaps not because the energy balance per electric car is worse because of the batteries, than in the gasoline - opinions go there apart. We fear that the topic of car becomes more boring. As well, there are still people who still preserve the past today: the people of Greenlight, all other model car manufacturers, but also the makers of the Essen Motor Show, on which surely many old babies will be able to visit again. We remain on the ball for you. We are looking forward to seeing you at the fair.

Click here for an overview of all Greenlight novelties