In keeping with the Belgian Grand Prix presents the Aachen legendary Modelers simply awesome, new model cars from past and present. 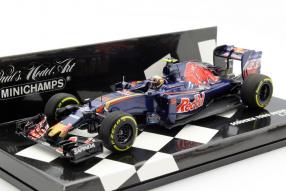 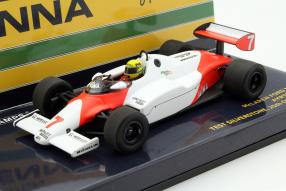 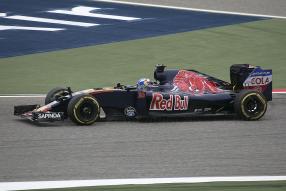 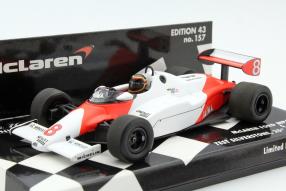 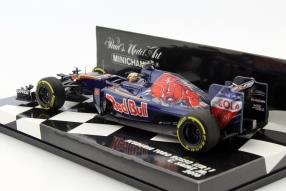 It`s the end, over - the time without roaring engine noise in television is finally a thing of the past. Next Sunday, the Formula 1 meets again at Spa-Francorchamps, to start in the second half of the season. The situation is likely to be a disappointment for fans of Nico Rosberg: With 198 points the German 19 points behind his team-mate Lewis Hamilton. While there are including Belgium still nine races until the finale, but a look at the last two years shows that Hamilton has always been the superior driver at the end. With its 217 meters it is unassailable worlds before Daniel Ricciardo Red Bull and Sebastian Vettel on 133 Ferrari 120 points in 5th place. Exciting but it's still, because we burn experience on what to Rosberg or Vettel to come up, to conquer.

The winning car of the current Formula 1 Toro Rosso-Ferrari STr11 season in 2016 certainly does not belong, because the car of Carlos Sainz jr., Daniil Kwjat and Max Verstappen have it with a total of 45 points only to 6th place of constructors WM managed. About a 6th place out (Bahrain), the responsible of technical director James Key Auto has achieved any position. Nevertheless, the one now under the item number 417160055 available model car diecast and modeled after the number 55 by Carlos Sainz jr. To the cars that you absolutely need if you the entire starting field of 67. Formula prototypically 1 World Championship depict in showcase want. And who does not? Also, it's nice to be able to relate current model cars to the models that are still on the hunt for lap times also.

Minichamps has transferred details spoiler, the engine cover and the chassis as usual excellent in the scale of 1:43. The way how the red bull is located on the cover behind the cockpit, also fascinated with this model. Keyword hood: The part also in the Minichamps miniatures of the McLaren MP4 / 1C with the finest details, because the grid via the intake of Ford Motors is one of the showpieces of Minichamps. The rest of the zinc die-cast model fits: appearance, shape, and processing - especially the driver: Ayrton Senna tested the model on 25 October 1983 in Silverstone, what the beautiful model car recalls. And you know, who was still on the line? The unforgotten Stefan Bellof. Bellof would like to drive for McLaren, but had the guys from Woking no place for him free.

The German ended up at Tyrell. Senna tested alongside the McLaren and the Williams, Toleman (later Benetton) and Brabham, but then signed with Toleman in order not "to be in a second-rate team, the number 1" as a freshman second driver in a top team, but rather. The model cars are listed under the product numbers 540834307 and 530834398; the Bellof car is limited to 504 units. But the Williams FW16 Minichamps brings a new edition (540 944 302); the car accident in which Senna 1986th Both McLaren and the Williams appear in the typical yellow-green packaging of Ayrton Senna Collection. Well, a lot of Formula 1 so to restart the current season.

We wish you a great Sunday afternoon and a fine weekend anyway!