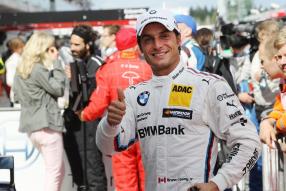 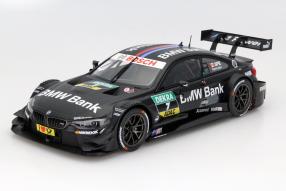 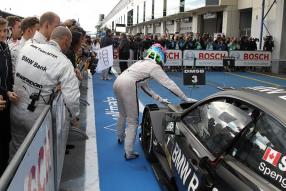 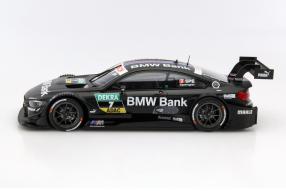 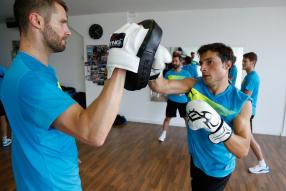 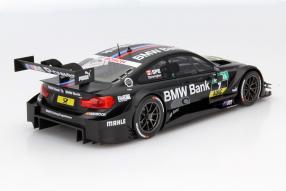 Nobody can question that Bruno Spengler (born on 23 August 1983 in the French Schiltigheim) is one of the most popular and most sympathetic racing drivers that the German Touring Car Masters has to offer. 2006 and 2007 he was runner-up with Mercedes-Benz; In 2012, his move to BMW paid off: He stood at the end of the season at the top of the podium. But the big liuck of the championship remained Spengler out of reach. In 2015 - the year of the 29th edition of this championship or the 16th year after the founding in 2000 - it was enough only to 123 points. But the fact remains that the French label Norev set a great model car to last year's official car from Spengler to the wheels. And what does the driver itself? Bruno Spengler was preparing in Italy with his colleagues before the new season.

BMW in miniature at its best

The new model car to the BMW M4 DTM is held in 1:18 scale and records the details of the previous year by Renner exactly. As with Norev usual match look and intricacies of built of zinc die cast miniature perfectly modeled. Doors and hoods, however, remain closed; of the 368 kW / 500 hp of the car is unfortunately nothing to see the model. But that Norev is in the league of the model car not alone in motorsport. But still there at the small M4 DTM much to see. Let's start at the front apron, at no splitter missing where the air intakes are reproduced true to form and have the headlights, whose interior has been rebuilt from Norev slavishly accurate. As a highlight of the model replicas of aluminum wheels and brakes should be seen.

The air ducts on the sides and sills of the model in the form farmer from Vaulx-en-Vaulin dedicated utmost attention and these bays very well modeled. taken the form of the engineers from Norev also the mighty rear spoiler and the huge diffuser - Other adjectives do not come to mind for it; the parts are simply bombastic. High bombastic but it is also in the interior, whereat no control, no switch and no special preparation is lacking, which is usually present in a cockpit of a DTM racing car. My compliments to so Norev for good model car that gets a 2+. Whether there will be it also a 2016er version?

Chances are, because Bruno Spengler goes alongside Augusto Farfus again this year for BMW Team Mtek at the start. The season begins on 07 May at Hockenheim; October 16 we will know who takes the champion's home. Not more but this is definitely the champion in 2015, Pascal Wehrlein, with Manor in Formula 1 is launched this year. Thus Bruno Spengler has certainly a strong opponent less and thus a slightly better chance of overall victory. The model car from Norev after police cars from 2015 to have under the article number 40432405592 and costs 119,95 Euro. And what says Bruno Spengler for week of preparation in Italy?

Training clothes instead of racing suit

For the 8 BMW DTM driver was in the last week of intensive training on the program. From Tuesday to Friday, they completed a four-day fitness camp in Viareggio, Italy. Team doctor Riccardo Ceccarelli and his Formula Medicine team had drafted a comprehensive and versatile exercise plan to perfectly prepare the pilot for the upcoming DTM season.

These Bruno Spengler: "A joint training week with the team's preparations for the new season always important Dr. Ceccarelli and his team come up with something new always This year there were mental and reaction exercises where we always.. are four against each other this was great fun, as well as the boxing is something I've never done before we have an hour at full throttle -.... and the next day the soreness was inevitable Overall it was great before spending season Start a week together. we do not often the chance to train in a group, because we are all a lot. that's why it was very important for us as a team."

With the above-embedded, 2 month old video, the DTM organizer ITR e.V.  makes us look forward to this year's season. If they will succeed? See for yourself - we wish you a nice weekend!